CHANDIGARH: The Punjab and Haryana High Court has issued ‘comply or pay’ directions to prevent multiplicity of litigation and ensure observance of judicial orders. 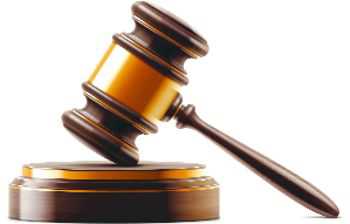 The Punjab and Haryana High Court has issued ‘comply or pay’ directions to prevent multiplicity of litigation and ensure observance of judicial orders. The Bench has asked the Haryana Chief Secretary and Financial Commissioner to decide a police recruit’s petition against dismissal from service or pay Rs 25,000 as costs. The petitioner’s case was that his plea, filed three years back, was still pending.

Justice Amit Rawal asserted that the court deemed it appropriate to direct the Chief Secretary and Financial Commissioner to consider the plea dated June 21, 2016, within three weeks from receiving order’s copy before passing a speaking order.

Justice Rawal added that in case of failure, the respondent would be liable to pay costs to the petitioner. “This condition of imposing costs is only to prevent the petitioner from running from pillar to post and avail the remedy of contempt in case of non-compliance of directions issued by this court,” the Bench noted.

The directions on the plea by Makhan Singh came during work suspension period of the Bar association against the decision to set up Haryana Administrative Tribunal.

He was seeking directions to decide his petition dated June 21, 2016, against the order dated March 28, 2007, whereby he was dismissed. The Bench was told that the petitioner suffered pain in the leg and was taken to hospital on September 20, 2006, while undergoing basic recruit course in Haryana Police Academy at Madhuban. He was found absent the next day at the time of attendance and was dismissed on the basis of an inquiry.