DHARAMSALA: In what could boil down into infighting among the factions of former CM Prem Kumar Dhumal and current CM Jai Ram Thakur factions, the police confiscated mobile of former minister, Ravinder Ravi in a case pertaining to message regarding alleged corruption in health department going viral on social media. 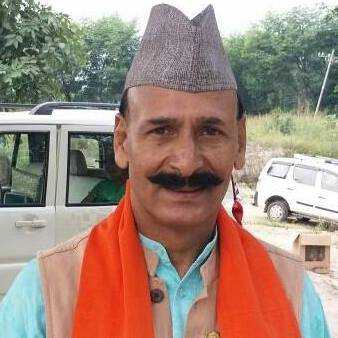 In what could boil down into infighting among the factions of former CM Prem Kumar Dhumal and current CM Jai Ram Thakur factions, the police confiscated mobile of former minister, Ravinder Ravi in a case pertaining to message regarding alleged corruption in health department going viral on social media.

Sources here said that Ravinder Ravi was called for questioning by police today. He, however, did not appear before the police officials in Palampur.

SP Kangra, Vimukt Ranjan when contacted admitted that the Ravinder Ravi’s role in spreading the message was being probed under a case registered under section 505 of the IPC (spreading misinformation) and 506 (criminal intimidation). His mobile has also been confiscated by police, he said.

When asked to why Ravi has been questioned, SP said that the main accused caught on charges of spreading the social media message had admitted before police that the former minister had given him message.

Asked if Ravi would be arrested, the SP said till date there was no move to arrest him.

The Tribune assessed the message that went viral on social media last week. In the message which was addressed to former CM Shanta Kumar, it was stated “The former CM had written a book Bharashtachar ka Karva Sach”.

“Was this book written just to not allow the previous BJP government to repeat or it was in the interest of state and nation. If you are against corruption then should not be quiet regarding what was happening right under your nose. There was no doubt that the people of state consider you as an honest leader. However, why are you silent on corruption happening around you now. Shantaji you have fought a long battle for generic medicines. People want to know that the battle has been halted because your loyalist was a health minister. Low quality medicines are now being supplied now in hospitals. A close aide of health and present CM had supplied medicines worth Rs 35 crores in health department. CMO’s are being forced to buy medicines from him,” the message states.

The sources said that those in power suspected the hand of former minister, Ravinder Ravi in spreading the message. Ravi is loyalist of former CM Prem Kumar Dhumal. He has been having bitter relations with former CM Shanta Kumar and minister for health Vipin Parmar.

However, the police action against Ravi might intensify infighting between the Dhumal and present CM factions. Recently the CM Jai Ram Thakur had reacted strongly to statement of former CM Dhumal who had opposed the hike in allowances given to MLAs. The CM had stated that people were trying to guide him.

Ravinder Ravi was not available for comments despite repeated attempts to contact him on phone.

The sources told The Tribune that ruling faction also suspected Ravinder Ravi’s hand behind a recent campaign in which certain leaders of BJP in Kangra demanded that former CM, Prem Kumar Dhumal should be fielded from Dharamsala in forth coming byelections.