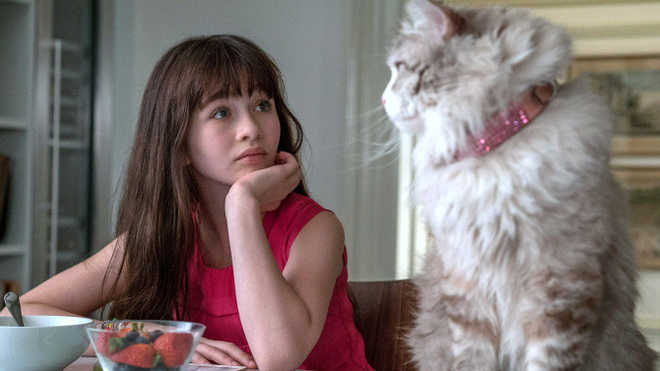 A still from Nine Lives

You must have guessed it by now. The nine lives refer to a cat that our hero business tycoon Tom Brand (Kevin Spacey) is turned into. It’s a kind of spell cast on him by pet shop owner Felix Perkins (Christopher Walken) because he doesn’t get along with his cute daughter Rebecca (Malina Weisman) and pretty wife Lara (Jennifer Garner).

And yet Tom buys a cat as a present for Rebecca. This is just one of the many illogical acts in the movie. With five persons sharing the scriptwriting, little wonder. If director Barry Sonnelfeld had a modicum of sense he wouldn’t have touched this subject.

Within 10 minutes the film slips out of grasp. There’s still 77 minutes to go. “This ain’t no crisis, this is an opportunity” goes one gem.

It’s sad to see talent like Kevin Spacey and Christopher Walken wasted. The human voice in the cat is well done but that’s not reason enough to plod through this dreadful entertainer.