SHAHJAHANPUR: The SIT probing a student''s harassment allegations against Swami Chinmayanand on Thursday questioned the principals of two colleges here. 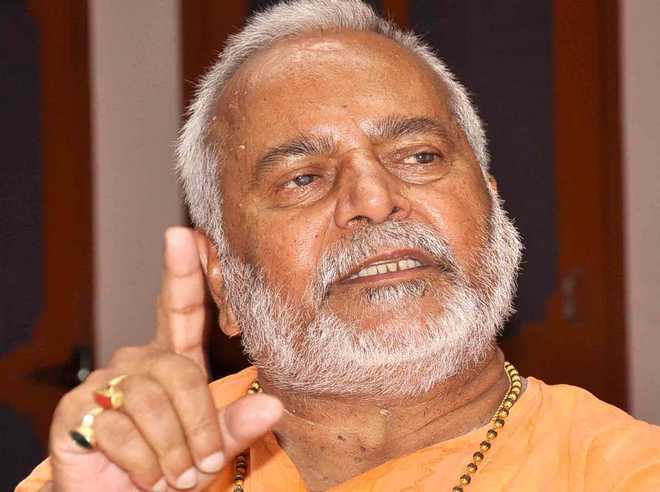 The SIT probing a student's harassment allegations against Swami Chinmayanand on Thursday questioned the principals of two colleges here and had also asked the BJP leader earlier this week to appear before it.
Sources said the special investigation team had sent a notice to the former Union minister to appear before it for questioning after 6 pm on September 9, but this could not take place.
Chinmayanand had requested the SIT to postpone the questioning till after September 10, sources said.
However, the lawyer of the leader told a news channel on Thursday that Chinmayanand was ready for questioning anytime and the postponement was by the SIT itself.
No new date for this has been fixed yet.
The two principals questioned on Thursday head colleges where the woman has studied.
The postgraduate student has alleged that she was raped and "physically exploited" for a year by the BJP leader, whose organisation runs several colleges.
In a letter on the SIT on Wednesday, the woman alleged that some vital evidence was removed from her hostel room by Chinmayanand's supporters before it was sealed by the police.
Her father alleged that they removed from the room a pair of spectacles with a camera fitted in them, suggesting that this contained evidence against the BJP leader.
The woman also alleged that they planted some things there to tarnish her image.
She has demanded action by the SIT in this connection.
On Wednesday, the SIT questioned the leader's lawyer, Om Singh, for over five hours in connection with allegations that the woman had demanded Rs 5 crore from Chinmayanand.
The woman was also taken to a local hospital for a medical examination by a panel of doctors.
The woman mentioned about the zero FIR lodged by her at the Lodhi Road police station in New Delhi in her letter to the SIT.
She said in the letter that she had lodged the FIR in New Delhi on September 5 but police was yet to register a complaint against the BJP leader.
Meanwhile, a video featuring a woman and an elderly continued to be shared on social media. In the video, the woman is seen massaging the elderly.
In another video, a woman and some youths are shown talking about a "rangdari" (extortion) demand of Rs 5 crore. —PTI
SHARE ARTICLE