3 youths killed as car collides with road divider in Jalandhar

JALANDHAR: Three youths were killed as a Tata Indica car collided with the road divider near Pathankot Chowk on the Jalandhar-Amritsar highway in the wee hours of Thursday. 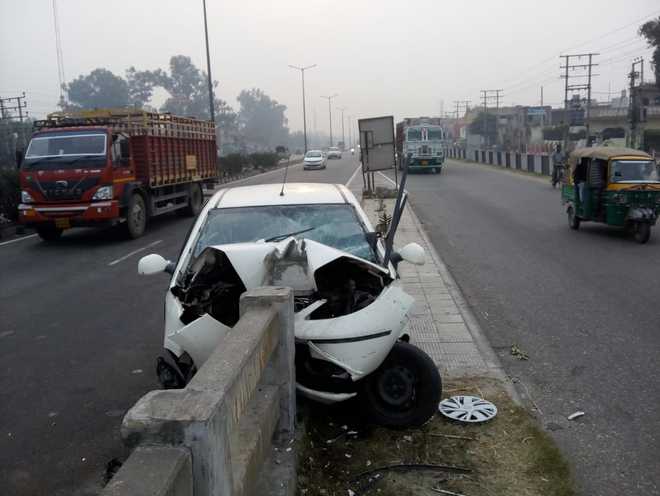 The car stuck at the divider after the accident. Tribune photo

Three youths were killed as a Tata Indica car collided with the road divider near Pathankot Chowk on the Jalandhar-Amritsar highway in the wee hours of Thursday.

Among the four youths who were driving back to Amritsar, three died on the spot after the collision while the fourth received serious injuries.

The deceased were identified as Sonu, Naresh and Pawan.

The injured, Akash, was rushed to hospital where doctors said his condition was serious.

Investigation officer Seema Gupta said the youth, all in their 20s, were apparently drunk when the accident took place.