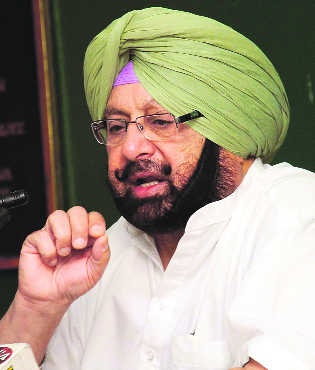 A day after Cabinet Minister Navjot Singh Sidhu confronted the state goverment over illegal mining, Chief Minister Captain Amarinder Singh today ordered the setting up of multi-department teams headed by deputy commissioners in all districts to check the menace.

The teams would comprise officials from taxation, mining, revenue and police departments, an official spokesperson said, adding that they would be mandated to set up nakas to check illegal mining and tax evasion.

Amarinder made it clear that offenders would not be spared at any cost. Illegal mining and tax evasion had led to heavy losses to the state exchequer and needed to be checked on priority, the CM said, adding that the state could not afford any more losses.

Amarinder warned that no political interference would be tolerated in the matter and instructed officials to initiate the crackdown on priority.

He also directed increased vigil on stone crushers, located in Rupnagar, SAS Nagar and Pathankot, said a spokesperson after a review of the Mining Department during a meeting.

The offenders won’t be spared at any cost. Illegal mining and tax evasion have led to heavy losses to the state and need to be checked on priority.