Rare Sikh manuscripts to be just a click away soon

AMRITSAR: Access to rare manuscripts, documents, articles and literature belonging to Sikh history and culture will soon be just a click away. 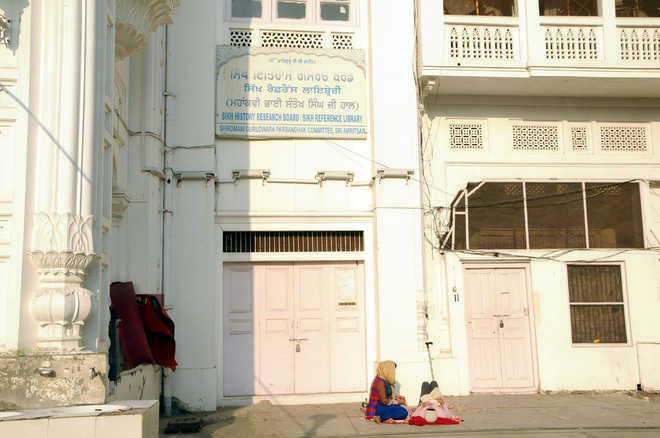 Access to rare manuscripts, documents, articles and literature belonging to Sikh history and culture will soon be just a click away.

In its endeavour to spruce up its treasures at the Sikh Reference Library established in 1946, the SGPC is now into making its contents available online.

Nonetheless, losing hope of getting back a substantial number of other priceless documents of the Gurus’ era, which were supposedly taken into possession by the Indian Army or CBI during Operation Bluestar, the SGPC has appealed to the people to donate any such documentation related to Sikh history in their possession to enrich the library.

“The digitisation process is under way. Till date, around 80 per cent of our prized possessions have been scanned and digitised. Our motive is to make these available online so that the devotees can access those on their mobile phones or PCs,” he said.

Though it was almost destroyed during Operation Bluestar in 1984, the library still has a mammoth collection of 25,000 books, magazines, newspapers, periodicals on Sikh religion and history, besides 600 handwritten ‘saroops’ (Guru Granth Sahib) and a repository of over 1,500 rare manuscripts, including copies of the Adi Granth, Damdami Bir (dated Bikrami 1739), a number of handwritten Hukmnamas (some bearing signatures of Sikh Gurus), and a few rare documents pertaining to India’s struggle for independence.

In 1984, it was alleged that the library’s material was confiscated by the CBI and Indian Army. While the Army authorities maintained that the library had caught fire during the exchange of fire, the SGPC claimed that the Army deliberately put the “empty library” on fire after taking the rare and invaluable material away in gunny bags.

The SGPC had pleaded with the Defence Ministry umpteen times and even approached the offices of the PM and President to recover the material, but in vain.

Roop Singh said, “Our pleas to return the literature were never heard. If it is believed that the Army or the government has those documents, little care must have been taken to preserve those. Those must have got destroyed by now,” he said.