MADURAI: Chappals were hurled towards a vehicle from which actor-turned-politician Kamal Haasan was addressing an election meeting in the Tirupparankundram Assembly constituency in Tamil Nadu on Wednesday evening, police said. 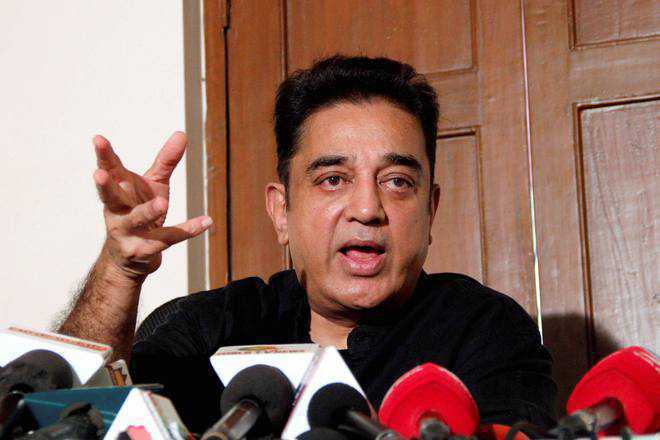 Chappals were hurled towards a vehicle from which actor-turned-politician Kamal Haasan was addressing an election meeting in the Tirupparankundram Assembly constituency in Tamil Nadu on Wednesday evening, police said.

One person has been detained, the police said, adding that the chappals missed the target and fell on the crowd.

Haasan, founder of new political outfit Makkal Needhi Maiam (MNM), kicked up a controversy this week with his comment that free India's first extremist was a Hindu, a reference to Mahatma Gandhi's assassin Nathuram Godse. PTI

10 hours ago
2
TRYSTS AND TURNS