To showcase 350 paintings done by inmates of Burail Model Jail 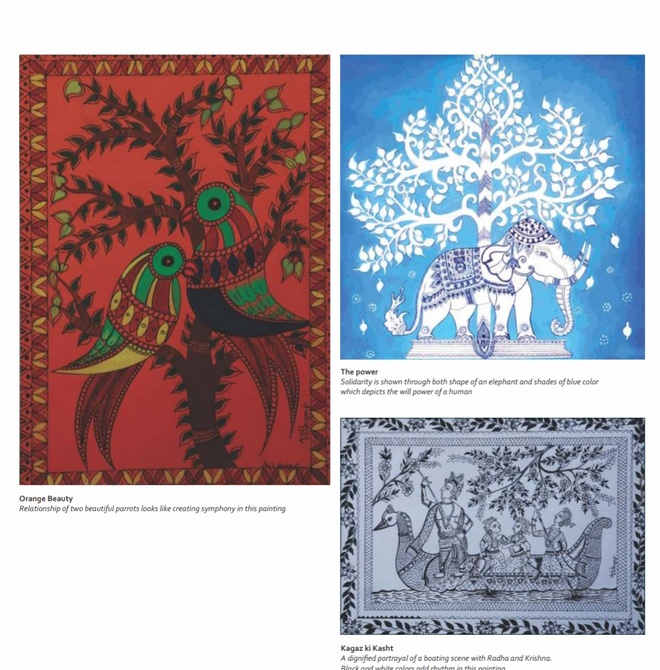 Paintings done by the inmates of the Model Jail, Burail.

Inmates of the Model Jail, Burail, have proved that the prison is no hindrance to their creativity. As many as 350 colourful paintings done by 11 inmates in the past one year are a testimony to it.

To add more colours to their art, the jail authorities have now come up with an art gallery on the jail premises to showcase the inmates’ talent.

The jail authorities have plans to put up these paintings for sale at their store named “Sirjan” in Sector 22.

Virat, AIG (Prisons), UT, said the idea to train the inmates in painting came after a few of them painted landscapes on the walls of special barracks. “The inmates showed their interest in the initiative which motivated us to hold painting classes for them,” he added.

A member of the faculty of Government Home Science College was instrumental in honing the skills of the inmates. Eleven inmates, including two women, had done 350 paintings of modern art, sceneries and portraits in the past one year. A booklet comprising the paintings of the inmates has also been prepared. It has been named “Colours- Harbingers of Hope and Happiness”.

“We have tried to create a sense of fulfilment and well-being among the inmates through this project. This has certainly added colours to their lives,” said the AIG (Prisons).

The art gallery will be inaugurated next week after which the paintings made by the inmates will be exhibited at various places in the city. “We will soon showcase these paintings at our store in Sector 22. We will also sell the paintings online through the jail’s website,” he added. The jail authorities also plan to incentivise the inmates after their paintings are sold.