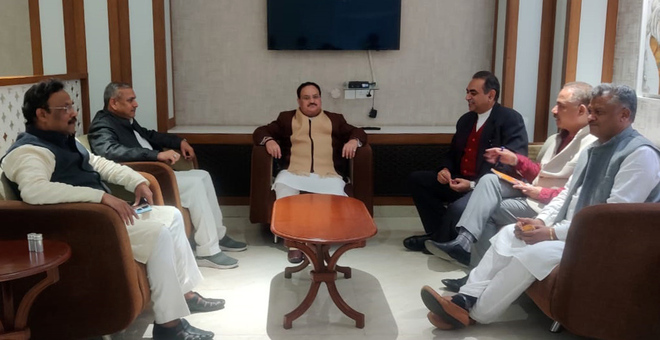 BJP?s national president JP Nadda during a meeting with city party leaders at the Chandigarh airport on Sunday.

Nadda and Thakur were on way to Himachal Pradesh and had a brief stopover at the Chandigarh international airport. Party national general secretary and election in charge Vinod Tawde, national vice-president Saudan Singh, former state president Sanjay Tandon and city unit general secretary Rambir Bhatti met them and gave information in context of the MC election planning here. Sood told Nadda about the strategy of the election campaign.