With 3 fatalities in past one week, no worrisome trend in number of deaths 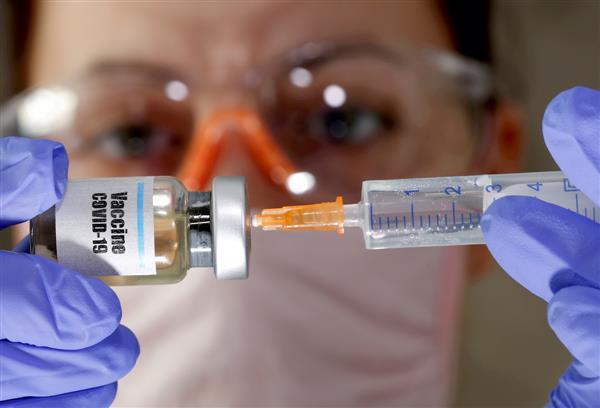 After Kerala, Maharashtra and Punjab, the fourth highest seven-day growth rate of Covid-19 cases is led by none other than the City Beautiful.

At 0.16 per cent growth rate, Chandigarh is witnessing a sudden surge in Covid-19 cases. On Friday, the UT witnessed 69 cases, an increase of 40 per cent over the previous day. The national growth rate stands at 0.13 per cent. 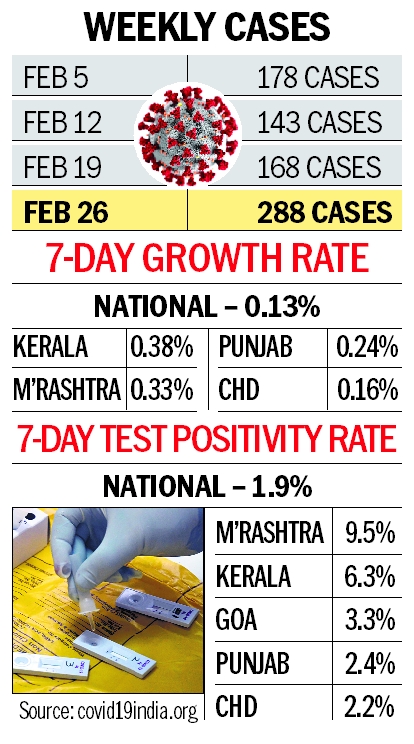 An increase of 71 per cent was witnessed this week as the city continues to battle the surge. This week, the city recorded 288 cases, whereas 168 cases were seen in the preceding week. Despite the increase in cases, there has been no worrisome trend in the number of deaths as only three fatalities were recorded in the past seven days.

Dr Amandeep Kaur Kang, Director, Health Services, UT, said: “It is surprising to see that the cases are multiplying every day. While the number of fresh cases was 49 yesterday, the figure rose to 69 today. The number of testing is also increasing daily as more people are now getting themselves tested for the virus. On Friday, we conducted 1,700 tests. This implies that there is a prevalence of infection in the community. Complacent attitude of people will give rise to more infections. It is because of the same attitude that beneficiaries did not receive the Covid-19 vaccine.”

The PGI had recently released a statement witnessing 100 per cent increase in Covid-19 patient load over the past 10 days. Prof GD Puri from the PGI said: “One may say that these are only two-digit numbers as of now but what is really worrying is the steady and fast increase. We just cannot afford to take it lightly, more so, because the newly detected mutant strain is far more transmissible.”