New norms under 2007 Delhi law being extended to Chandigarh 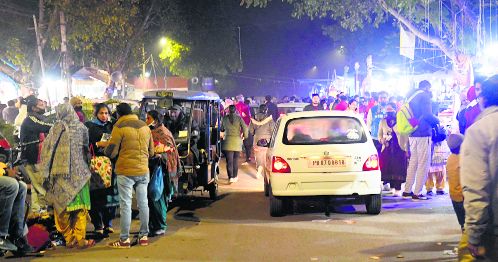 These are the new rules under the Delhi Fire Service Act-2007, which will now be extended to the UT. Till now, the city was following the Delhi Fire Prevention and Fire Safety Act-1986, which has already been repealed by Delhi.

“Many developments took place in the past few years like coming up of multi-storey buildings, housing societies and coaching institutions, along with certain modifications in commercial establishments. Thus, provisions under the 1986 Act were proving to be outdated. Since Delhi has already repealed it, we too have to go with the latest norms,” said a senior fire official.

“The Surat fire tragedy was a wake-up call for all. By following this new Act, we will have more stringent norms for such institutions to follow. We will be in a better position to ensure safety of people and compliance with the fire safety directives,” he added.

A committee was formed to prepare a draft of the Act, which the MC will follow with minor modifications as per the Chandigarh set-up. The panel headed by Additional Commissioner Anil Kumar Garg also has all fire station officers, a law officer and a fire superintendent as members. The committee has already held two meetings. The draft of the Act will be brought to the MC House for approval.

“If goods are kept in the passage and pose hindrance to the fire safety operation, we will issue a challan. If fire safety directives are not followed despite notices, we will have the power to remove water and power connection of the occupant of the building. There are several such new guidelines in the new law,” said a UT fire official.

Meanwhile, implementation of existing laws is already a Herculean task for officials as well as people. At present, violation of fire safety norms is rampant at many commercial and rehri markets in the city.