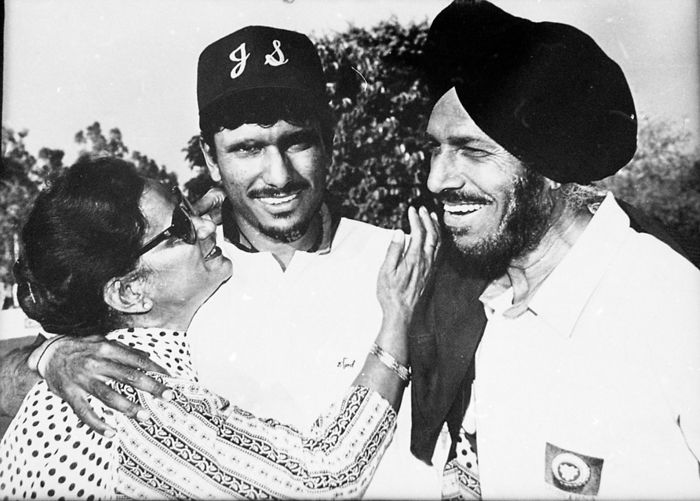 Local sports fraternity today mourned the death of Nirmal Milkha Singh, one of the founding members of the UT Sports Department.

Nirmal, who breathed her last on Sunday evening after fighting Covid-19, will always be remembered as one of the strongest pillars of sports infrastructure in the city.

While the Chandigarh Volleyball Association announced to name a tournament after her, the UT Sports Department decided to propose a tournament in its annual calendar.

“We have decided to conduct a junior (U-18) volleyball championship for boys and girls in her memory. The annual tournament will be named after her. This is the least we can do in the memory of our former president and former patron,” said Vijaypal Singh, Secretary, Volleyball Federation of India and Chandigarh Volleyball Association. He added, “The volleyball court at the Sector 26 Police Lines is also the brainchild of Nirmal. She proposed to have this court so that police personnel could spend quality time post-duty hours.”

Tejdeep Singh Saini, Director, Sports, UT, said a proposal would be sent to the higher authorities to remember Nirmal’s contribution forever. “It is a huge loss for the sports fraternity of Chandigarh. The department will propose an annual championship (hockey and volleyball) named after her,” said Saini.

“I have a special regard for her as she was just like a younger sister of my father the late SN Vohra. She always called him ‘Praaji’,” said Anil Vohra, general secretary, Hockey Chandigarh.

“I still remember my first meeting with her. After we got selected to the national shooting team, we did not receive our kits. We directly went to her (Nirmal’s) office and she not only resolved our issues but offered us a diet. We were unknown to her but she still treated us so well,” said Dr Aman Mann, Dean, Research, DAV College, Sector 10.

“The city has lost a gem. I have served under her. She was an extraordinary person who believes in promoting sports and welfare of sportspersons at any cost,” said Inder Pal Singh, former roller skating coach, UT.

Nirmal, who was born in Sheikhupura (Pakistan), met Milkha Singh in Sri Lanka in 1956. While Nirmal was leading the Indian volleyball team, Milkha had gone there to compete in an athletics meet. Later, they met at the College of Physical Education, Patiala. In 1960, she had joined as deputy physical education instructor at Lady Irwin College, Delhi. The then Punjab Chief Minister Pratap Singh Kairon is said to have intervened to get Milkha and Nirmal married.

Milkha unaware of her death

The condition of Milkha Singh, who is getting treated at the PGI, is said to be stable. He is maintaining a good saturation level. However, he will continue to be treated at the ICU ward as he has shown a slight improvement in the past few days. Sources said Milkha had not been told about Nirmal’s death.