Woman jumps to death at GMCH-32

2 attendants suffer injuries as victim falls on them 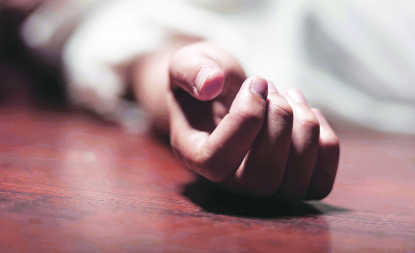 The woman jumped from the building and fell on two attendants in a waiting area on the second floor. Ashok Kumar (35), a resident of Ambala, and Narinder (20), a resident of Rajpura, suffered injuries. Both are undergoing treatment in Emergency Ward.

Eyewitnesses said both attendants were having food when the woman fell on them. She was rushed to Emergency Ward by the security staff where the doctors declared her dead. One of the attendants has suffered a fractured leg.

According to the documents recovered from the deceased, she has been identified as Anu, a resident of Kaithal. She was taking IELTS coaching in Pehowa, Kurukshetra. The police have informed the kin of the deceased through her mobile phone who confirmed that Anu was neither a patient nor an attendant at the GMCH-32. The purpose of the woman’s visit to the hospital is not yet clear. — TNS