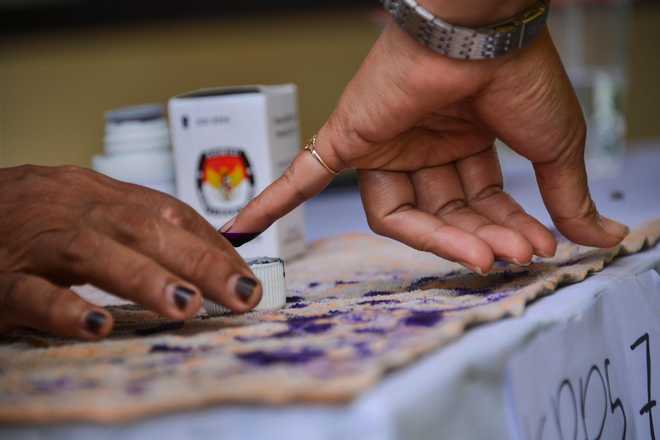 Politics being worse than rugby or American football (which is not football) has another element to pull it down. It is quite unfair, I think. This added pitfall happens to be the sins of the father being visited on the children. I was pondering over this in the last phase of the Bihar election. Suddenly, the wind turned. (I am about to mix metaphors, so please excuse me). Mr Modi, past master of timing, did a Balakot on unsuspecting Bihar. He talked of Jungle Raj. When Balakot had occurred, my Help came in smiling. “We have just killed 300 atankvadis Sir,” he said, his face wreathed in smiles. Then he related what we had done. I delivered a long lecture on propaganda and sent him home. Balakot did the trick, whether we knocked out a Pakistani F-16 or no. This time the Jungle Raj became the jungle-mein-mangal slogan and the aspirational Yadav Yuvraj, Tejashwi, had to take a back seat. Of course it was helped by the usual non-performing Congress.

Before I embark on my personal experience with the times of Lalu Yadav, I wish to state that in other states of North India, the sins of the father will haunt the politics of the sons. Not that I am holding any brief for the sons. A doctor driving his car is stopped by hoodlums in broad daylight and asked to get out. He says, “Do you know who I am?” They nod, they know. “I am the personal physician to the Chief Minister.” “We know,” they answer as they drive away with his car. He goes to the Chief Minister. The hoods are also present. The CM tells the doctor, these are poor people, so give them some 20,000 or so. Then he barks at the hoods, “Don’t you dare hurt this doctor friend of mine.” The doctor pays and drives his car back. All is hunky dory.

But to turn to Laluji. Mr Modi was absolutely right. A railway officer and friend organised a trip in 2003 across the Himalayas, called ‘Riding the Himalayas’. There were 14 of us, some of them car rallyists. Mahindras had loaned us three Scorpios and a Bolero, I was in the Bolero. We went through the entire Himalayas, starting from Judge’s Court in Himachal, Siachen base camp, then the rest of Himachal, Garhwal, Kumaon, Nepal, seven glorious days in Bhutan, Sikkim, right up to Kibithu, the last outpost of the Himalayas. We went further into Nagaland though the hills had nothing to do with the Himalayas. Earlier we had to cross the Brahmaputra, placing each vehicle on a boat, negotiate Army posts in Nepal (the Nepalese army was very jittery in 2003). The trip was just too hectic, starting at dawn and ending at nightfall. Now and then we got two days at a place, time for laundry and sightseeing. I was supposed to write a book, which I did. We went past passes of over 18,000 feet right to the famed Tawang monastery. We even had a film crew, which performed rather poorly. Our cars were broken in because a whisky bottle was visible through the glass. After 78 days, we reached Kolkata and left the cars with the Mahindras. Why? We were told that if you drive back through Lalu’s Bihar, you could be robbed, stripped, and of course your cars would be taken away by robbers — meaning political hoods, or regular criminals. The line between political hoods and criminals had all but disappeared. Since our leader was a retired railway officer, we got tickets and we trundled back to Delhi safely on a Rajdhani, I think. Yes, it was Jungle Raj and Mr Modi was dead right in calling a spade a spade. He is a political Goliath and there are no Davids around to take him on, just babes in the woods.

One way, this is good. We could be spared dynasties. If the father had unsavoury escapades, and a poor reputation, the children could choose some other profession. The Bihar election leaves us with things to ponder over. Our thoughtless political thinkers make much of anti-incumbency. It is a mantra. I say, nothing like being in power to win elections. Police, administration, excise, truck operators tilt your way. Even courts favour you. (Though unrelated to elections, look at the way summons are slapped on Kangana Ranaut, and her office demolished without a murmur from the courts.)

There couldn’t be a worse administered state than UP. But can one see Mr Bisht of Pauri Garhwal losing the next elections there? Nitish committed blunders, was unwilling to take back the migrants, who trudged hundreds of miles to reach home, and some never did. This bordered on political immorality. Still he wins. The groundswell of resentment was obvious, with the RJD winning the most seats. But the BJP winning over 70 seats showed two things: the subterranean strength of the RSS. A cadre-based party in sync with the current philosophy of Hindutva can stand its ground against any passing phase of resentment. Only in Maharashtra would BJP come up against a force like Shiv Sena, which has similar grassroots, and hard-as-nails philosophy concerning minorities. Regional parties have grassroots, an ideology like the DMK, Sena and the Akalis have, to name a few. It is a lesson for all-India parties to concentrate on their workers, and organise enrolment drives.