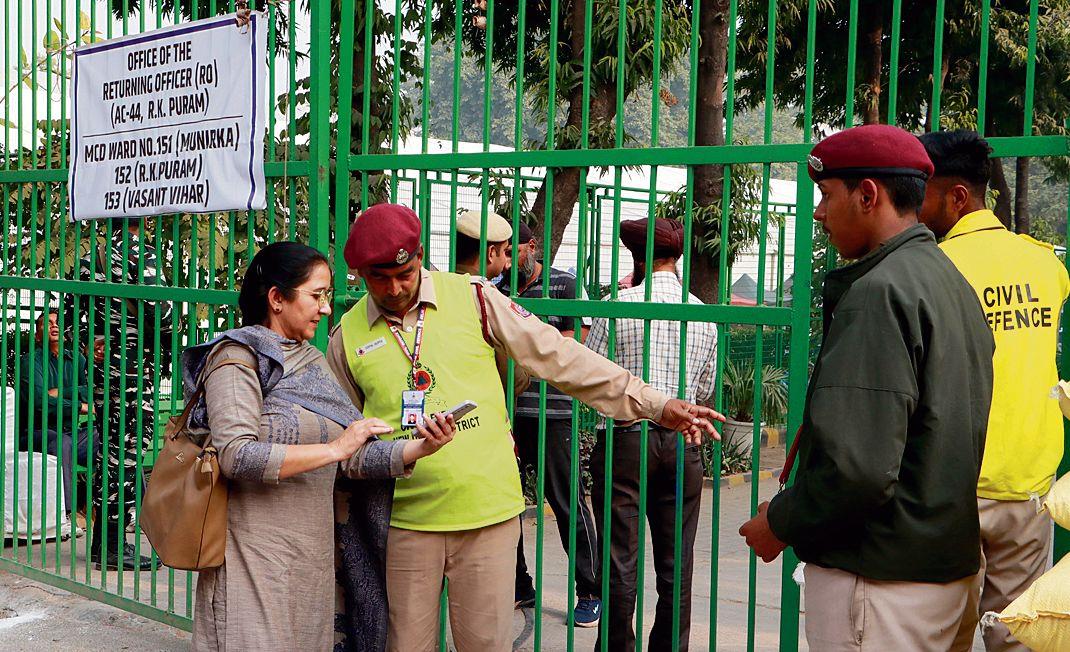 Amid tight security, 1.45 crore voters will decide the fate of 1,349 candidates contesting the high-stake election to the Municipal Corporation of Delhi (MCD) on Sunday.

There are 250 wards in the Delhi Municipal Corporation. State Election Commission officials said 3,360 booths had been designated “critical” or “sensitive”, and adequate and elaborate arrangements had been made to ensure smooth polling.

Meanwhile, both AAP and the BJP claims they will sweep the elections, while the Congress is eyeing a strong comeback. In the 2017 MCD elections, the BJP had won 181 of then 270 wards. AAP had won 48 seats and the Congress 27. To ensure smooth polls, around 40,000 cops and 20,000 Home Guard personnel have been deployed. As many as 108 companies of paramilitary and state armed police forces are on duty.

To monitor and ensure law and order in sensitive areas, 60 drones would be used, said officials. Security personnel would also be keeping an eye on communal flare ups and luring of voters by candidates. Senior police officers today held a meeting of peace committee members of respective areas to ensure no untoward incident takes place on the day of polling.

Acted in about 200 movies in Telugu, Tamil, Kannada and Hind...