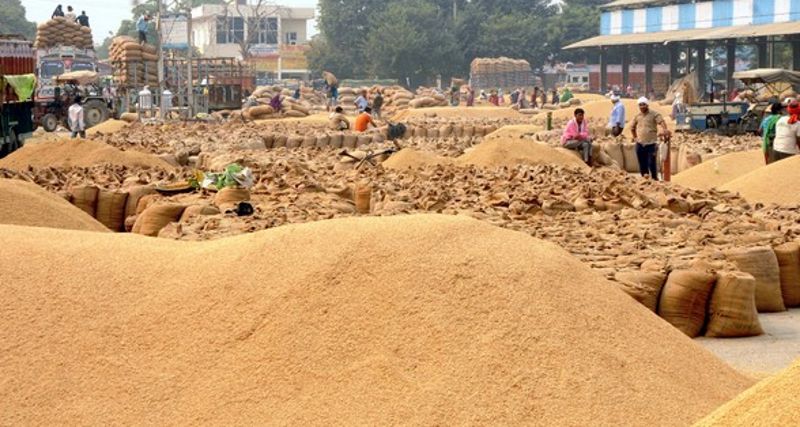 AT long last, the noose is tightening around politicians, arhtiyas (commission agents), foodgrain procurement agency and mandi officials who are behind the multi-crore paddy procurement scam in Punjab. In swift developments, some senior officials have been brought under the ambit of the investigation. Now, the arrest of a key arhtiya by the Vigilance Bureau brings it closer to netting the big fish, former Food and Supplies Minister Bharat Bhushan Ashu. He finds himself in a tight corner and would be hard put to explain how under his watch in the last four seasons, rice procurement by government agencies was much more than paddy production in the state.

Even as the paddy procurement process in the rice-producing states of the country has been rocked by scams worth thousands of crores over the past few decades, little headway has been made in bringing the sharks to book. Be it Punjab, Haryana, Bihar, Madhya Pradesh or Telangana, the politician-official-arhtiya nexus has a mafia-like grip on the corrupt goings-on. In the bargain, it is not just the toiling farmer who gets short shrift. The state exchequer and the public distribution system (PDS) also suffer due to the irregularities involving lakhs of tonnes of the grain. The modus operandi, for example in Punjab, that enables the looters to pocket a neat Rs 600-700 per quintal entails buying rice at a cheaper price from UP that is meant for PDS there, illegally transporting it to Punjab and selling it to the government as the MSP is much higher in this state. They then cook the books with fake entries and transport bills.

With wheat purchases plagued by the same malady, these scams have a direct bearing on our food security. The focus on influential offenders in Punjab comes with the hope of a cleansing of the system. Incidentally, the farmers find it too difficult to navigate the e-NAM portal designed by the Centre to make the process transparent by routing food procurement through it. It must be simplified so that its goal of promoting uniformity in agriculture marketing by streamlining procedures across the integrated markets is fulfilled.