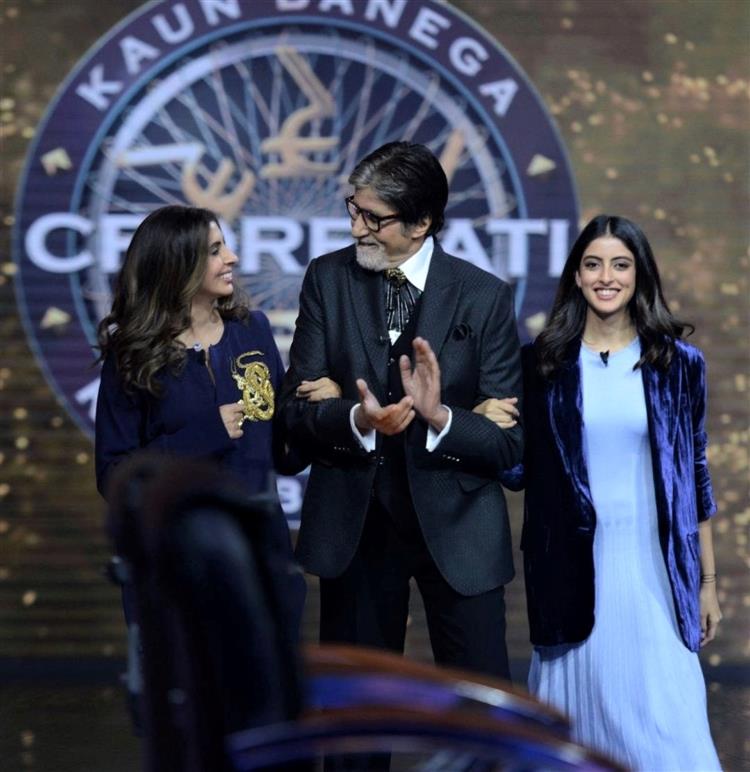 Big B took to his Instagram account and shared a photo with Shweta and Navya from the sets and posted, “Daughters be the best”. Big B even penned a long note on his blog speaking about Shweta and Navya’s entrance. A part of his blog read, “The 1000th episode on the platform of Kaun Banega Crorepati was given its due importance and the request by the channel to bring in the family on that revered and feared Hot Seat, was accepted.”

Big B added, “And there we were, as per the pictures in the previous. A delight, to be able to, not just test the ability of the ‘contestants’, but to give the freedom to express what many have felt has been undisclosed and kept behind closed doors. The banter of the family dining table, the repartee, and most importantly the several causes that the young at this age think about and work for.”