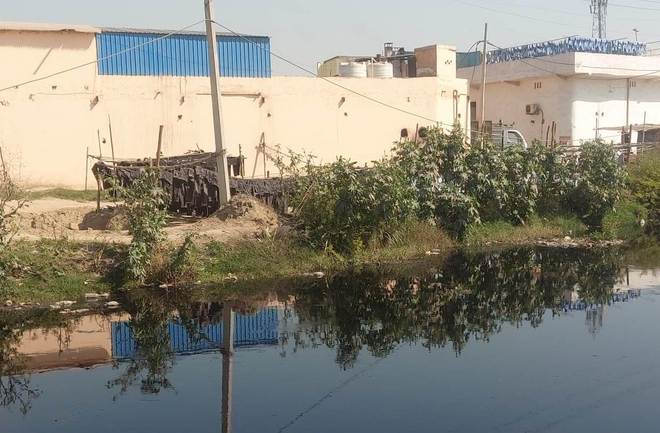 Untreated effluents are being discharged by illegal denim dyeing units at Pyau Manyari area in Kundli of Sonepat district.

The Haryana Pollution Control Board (HSPCB), Sonepat, has sealed 12 illegal denim dyeing units operating in the Pyau Manyari and Kundli areas, which were discharging effluents directly into a drain which joined the Yamuna.

These were found operational without any consent from the HSPCB and having no effluent treatment plant (ETP). The units have been sealed and their electricity connections cut.

Varun Gulati, a social activist in Delhi, had filed a complaint to the HSPCB against these units in February 2020. He alleged that the units were discharging their effluents directly into the drain without treatment, which joined the Yamuna. The effluents discharged were a big cause of pollution in the Yamuna, he said.

Gulati said the HSPCB had not taken action against the dyeing units as lockdown due to Covid was imposed by the Central Government in March last year. But even after unlocking it, the HSPCB officials didn’t take any action.

Then he tweeted his complaint to the CPCB and the higher authorities of the HSPCB, after which the HSPCB initiated action against some illegal denim dyeing units, he said.

Bhupender Singh Chahal, regional officer, Sonepat, said the units were found operational without any consent to establishment (CTE) and consent to operate (CTO) from the HSPCB and these units had even not installed the ETP on their premises, he said.

All 12 units have been sealed and also sought record from the owners, he said. The electricity connections have also been disconnected from these units, Chahal added.

After getting the records, environment compensation would be imposed on these illegal units, Chahal said.