Chana laddoo to be ‘Kurukshetra prasadam’ : The Tribune India

Chana laddoo to be ‘Kurukshetra prasadam’ 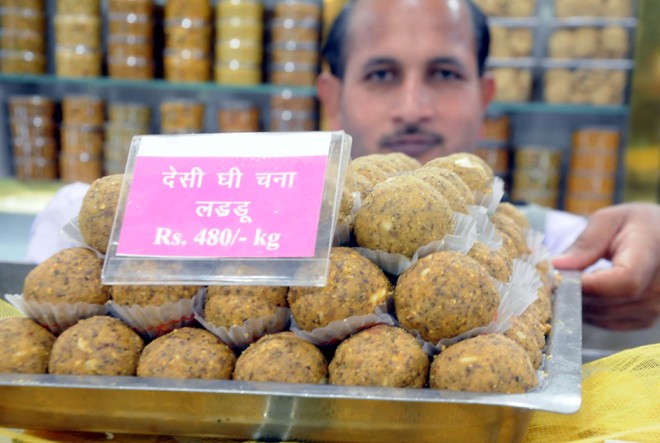 Taking a cue from the Mathura peda, the ‘roasted chana laddoo’ will be promoted as ‘Kurukshetra prasadam’ in the district.

Every year, lakhs of tourists and devotees visit ancient shrines and places in Kurukshetra, but there was no particular prasad which they could take back with them. “Devotees or tourists who go to Mathura always bring peda as prasad. Similarly, people wanted something for Kurukshetra too. After consultation and meetings with social and religious organisations, roasted chana laddoo has been chosen as prasad of Kurukshetra and it will be known as ‘Kurukshetra Prasadam’,” said Madan Mohan Chhabra, Kurukshetra Development Board (KDB) honorary secretary.

He said the board had held meetings with MP Nayab Singh Saini and sweet shop owners to plan the rollout of ‘Kurukshetra Prasadam’’. The KDB will promote roasted chana laddoo while it will be prepared and sold by sweet shop owners. “If any tourist or pilgrim asks for prasad, only chana laddoo should be given to them,” he said.

The KBD will also open five kiosks in Kurukshetra to promote and sell it. The board will make arrangements for the sweet’s sale at Saraswati Tirtha, Jyotisar Tirtha, Bhadrakali Temple, bus stand, Kurukshetra Junction and Pipli Parakeet.

Chhabra said, “There were many option available, including other types of laddoos, barfi and peda, but all social and religious organisations agreed on chana laddoo as it can be preserved for a longer period. While other sweets need to be consumed within a few days of manufacturing, it has a longer shelf life.”