Eco fine being recovered at snail's pace in Panipat : The Tribune India

Eco fine being recovered at snail's pace in Panipat 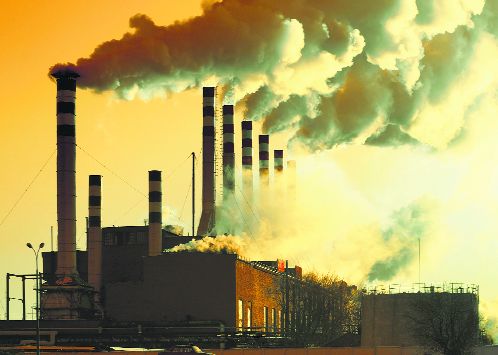 The Haryana State Pollution Control Board (HSPCB) has imposed Rs 99 crore environmental compensation on pollution norms violators, including several government departments, builders, industrialists and others in the last three years, but the recovery process is very slow as Rs 61 crore is still pending.

The HSPCB said Rs 99.138-crore environmental compensation had been imposed on the violators over the past three years, of which only Rs 41.25 crore had been recovered so far. A sum of Rs 61.12 crore was yet to be recovered.

Most cases in courts

Many unit owners had gone to the court and got proceedings stayed. Until the cases are finalised, the environmental compensation cannot be recovered. P Raghwendra Rao, Chairman, HSPCB

P Raghwendra Rao, Chairman, HSPCB, said many unit owners had gone to the court and got a stay by the court. Until the cases were finalised, the environmental compensation could not be recovered.

“Besides, a huge amount of environmental compensation is still pending with the government departments — several urban local bodies, HSVP, HSIIDC, sugar mills and others. We have been in communication with them to recover the amount,” he said.

Varun Gulati, a Delhi-based environmental activist, sought information from the HSPCB on the imposition of environmental compensation on the pollution norms’ violations, including the industrial units, brickkiln, builders and developers, stone crushers, mining companies, government offices and others.

The HSPCB in reply said a total of Rs 99.138 crore environmental compensation was imposed on the violators in the past three years of which only Rs 41.25 crore had been recovered so far while Rs 61.12 crore was yet to be recovered.

As per the data available of some districts with The Tribune, the HSPCB has imposed a total green cost of Rs 19.32 crore on 56 units of which only Rs 5.4 crore has been recovered. As many as 19 units have not deposited any compensation.

In Sonepat, the HSPCB imposed an environmental compensation of Rs 40.6 crore on 56 units, including industrial units, builders etc, but only Rs 4.64 crore had been recovered so far.