Gurugram to reopen malls by next week; religious places to remain shut 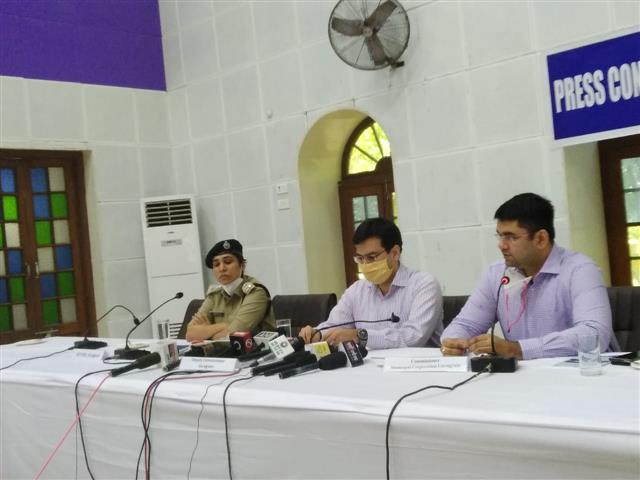 After remaining shut for three months, malls and public parks in Gurugram will open from next week.

However, Gurugram will impose new containment plan from June 30. Large outbreak regions (LOR) to be identified and barricaded with police barricades and movement to be restricted, a press release of the district administration said.

In case of unavoidable transit circumstances, thermal and symptom screening and downloading of Arogya Setu app has been mandated.

Industry in LOR’s to arrange for accommodation of their workers inside the area.

Only essential commercial activities allowed and a virtual limited lockdown will be imposed.

Claiming the COVID-19 transmission has somewhat stabilised, the district administration declared that while malls and parks will be opened following strict Standard Operating Procedures (SOPs), the religious places will continue to be shut till further orders.

Addressing a joint press conference with DC Amit Khatri and DCP Headquarters Nikita Gehlot, Municipal Commissioner Vinay Pratap Singh said: “We have to unlock with new normal and thus malls will be opened but we will be spelling out stringent SOPs to be followed. The public parks will also open for walks from July 1 but we are yet to decide on religious places.”

DC Amit Khatri claimed that the COVID situation had somewhat stabilised in the city with 62 per cent recovery rate and plugging of all loopholes in testing or contact tracing.

He, however, said that to continue the recovery from the crisis, the containment zones will be further fortified.

“We will further contain high-risk clusters. There will be additional security. No free movement and extensive screening and testing all contacts and symptomatic with antigen testing kits. This will help us properly isolate infected population to curtail the transmission. We are unlocking step by step but this needs to come with caution. The high-risk areas will be restrained for the next two weeks,” said Khatri.

The police and administration has been holding coordination meetings to work out the action plan for two-week long ‘limited’ lockdown.

“We are at a planning stage now and will finalise the details soon,” said CP Mohammad Akil.

The Gurugram-Delhi border will however remain open.