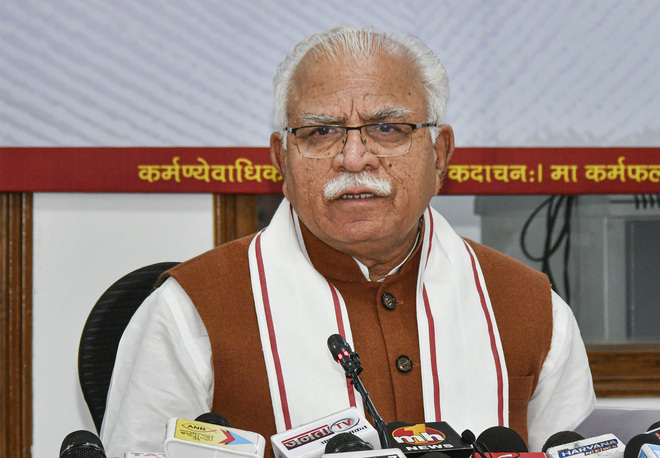 Under the Mukhyamantri Antyodaya Parivar Utthan Yojana, one lakh poorest families of the state would be targeted.

“Every possible effort will be made to increase the family income of such families to at least Rs 8,000 to Rs 9,000 per month. For this, the state government will emphasise on the skill development of members of such families, providing employment opportunities to the unemployed members and also providing financial assistance,” said the Chief Minister.

Khattar announced that the financial assistance of Rs 50,000 being given under the Dr BR Ambedkar Awas Navinikarn Yojana for the repair of the house to Scheduled Caste families living below the poverty line was increased to Rs 80,000.

The Chief Minister announced that the legal aid given to the victims of atrocities under the Scheduled Castes and Scheduled Tribes (Prevention of Atrocities) Act was increased from Rs 11,000 to Rs 21,000.

An amount of Rs 11 crore has been allocated under the Sant Mahapurush Vichar Samman and Prasaar Yojana. Under the scheme, financial assistance of minimum of Rs 50,000 and maximum of Rs 1 lakh will be provided to the social and religious organisations for organising programmes on the birth anniversaries of great men at the block and gram levels.