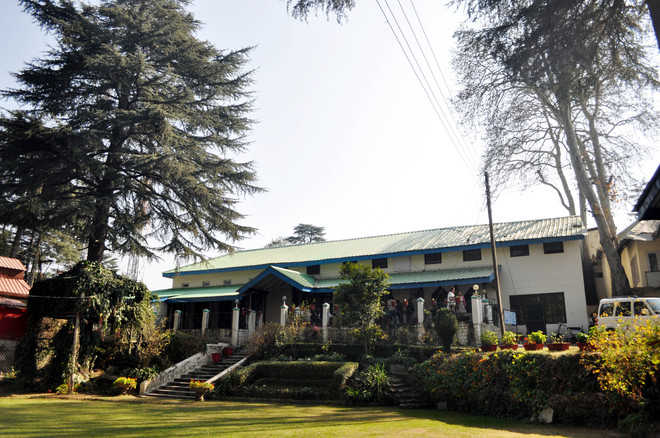 The liaison office of the Dalai Lama, managed by the Union Ministry for External Affairs, in McLeodganj, Dharamsala.

The Municipal Corporation of Dharamsala has sent notice to hotels located near the liaison office of the Dalai Lama. The liaison office, located in McLeodganj, is managed by the Union Ministry for External Affairs.

Consistently, the liaison officers to the Dalai Lama, who are Indian Foreign Service (IFS) officers, have been objecting to illegal buildings coming up around their office. The Dharamsala MC had issued notice to the people responsible for the illegal constructions but no concrete action has been taken against the offenders. In the recent notice, the MC Commissioner had stated that the NGT had banned all kinds of commercial construction in McLeodganj. He has sought a reply from offenders within a week, pending which the illegal structures would be demolished.

Earlier, experts had prepared a report, stating that the area had exhausted its carrying capacity. As a result, the NGT had banned all kinds of commercial construction activity in McLeodganj. However, many illegal buildings are still coming up in the area. Despite not getting the NOC from the local authorities, these illegal buildings have even started functioning as hotels and commercial complexes.

The issue of illegal constructions in McLeodganj, the tourist hub of Dharamsala, has been hogging the limelight for the past about a decade now. During the previous Congress government, about 150 commercial buildings had lost their power connections after Himachal High Court orders.

With the tourism industry suffering heavy losses due to Covid, the authorities did not want to take punitive action against illegal buildings as after about two years tourists are returning to the area. However, MC officials maintain that some people were still carrying out illegal constructions, which might force them into taking punitive action against them.

Reply sought within a week