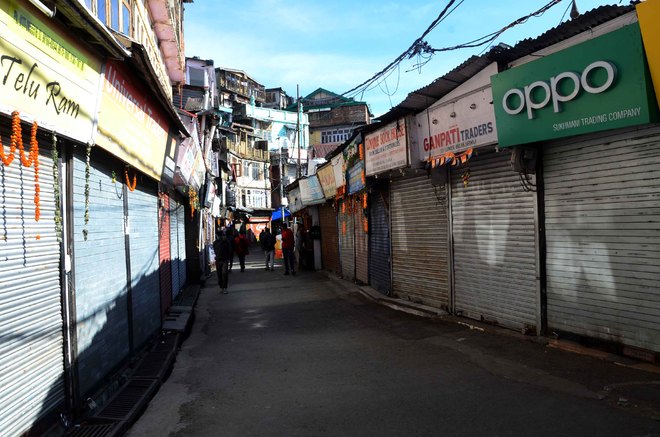 With a galloping positivity rate in Shimla and Mandi districts, the state government could impose severe restrictions on gatherings, night curfew and public transport.

All such important decision with regard to the Covid situation are likely to be taken by the Cabinet at its meeting here tomorrow. Though the Covid situation across the state is worsening day by day, but it is Shimla and Mandi districts where the situation has become alarming. On an average there have been almost 600 positive cases per day and almost eight to 12 deaths daily across the state. Despite several initiatives, the deaths of Covid patients rose to 18 yesterday.

Infact Shimla and Mandi district figure among the top 10 districts in the country which have shown the highest positivity rate. A Central team is expected to visit some of the states showing high positivity rate, including Himachal, Uttar Pradesh and Punjab.

“Keeping in view the surge in Covid cases in the state, the government will consider imposing a few restrictions to avoid social gatherings and ensure that people take all necessary precautionary measures,” said Chief Minister Jai Ram Thakur. He said the health authorities should make efforts to motivate attendants of patients admitted to hospitals to wear PPE kits and attend to them. “Covid patients should be referred to major hospitals at an early stage so as to increase the survival rate. The authorities should try to hand over the bodies of the Covid patients to family members at the earliest,” he stressed.

Sources said various measures that the Cabinet could give its nod to could include night curfew, complete ban on political and religious gatherings and allowing bare minimum people at marriages. There has been a sudden surge in Covid cases due to marriages and religious festivals across the state. The government could also curtail public transport.