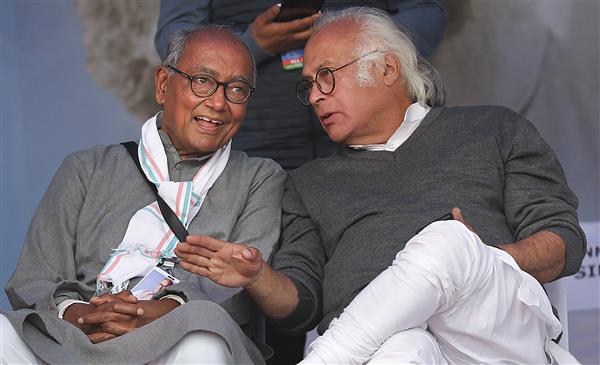 On the day when Bharat Jodo Yatra led by Rahul Gandhi reached Jammu city, senior Congress leader Digvijaya Singh raked up a controversy by questioning surgical strikes against Pakistan and accusing the government of peddling lies.

During a rally in Satwari, Digvijaya said, “They (government) talk about surgical strikes claiming so many terrorists were killed but show no proof. They are ruling with a pile of lies.” The surgical strikes against Pakistan were conducted in 2016.

Singh earlier raised questions over the Pulwama terror attack that claimed the lives of 40 CRPF personnel in February 2019. He claimed that the explosive-laden vehicle in which a terrorist was travelling was not checked, which later hit the convoy killing the CRPF personnel.

“The CRPF had requested that since it is a sensitive zone, its personnel should be sent through an aircraft, but PM Modi refused,” Singh claimed. He went on to claim that every vehicle was checked in Pulwama, which is the hotbed of terrorism. Soon after, Congress leaders distanced themselves from Singh’s statement. Senior leader Jairam Ramesh tweeted, “The views expressed by senior leader Digvijaya Singh are his own and do not reflect the position of the Congress. Surgical strikes were carried out before 2014 by the UPA government also. The Congress has supported & will continue to support all military actions that are in the national interest.” — OC

The views expressed by Digvijaya Singh are his own and do not reflect the position of the Congress. — Jairam Ramesh, AICC general secretary