J&K's school education ranking up from 17 to 8: Union minister : The Tribune India

J&K's school education ranking up from 17 to 8: Union minister 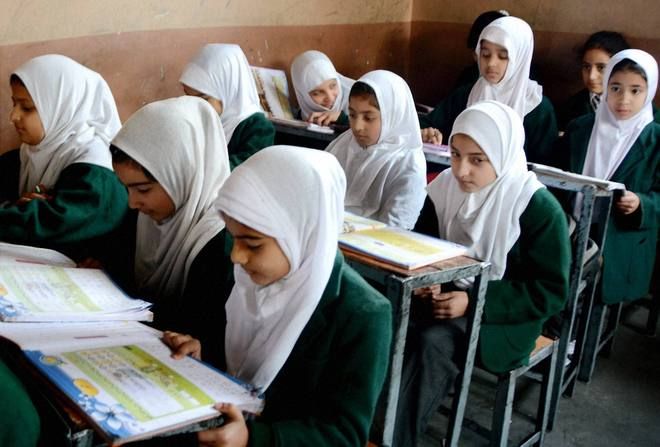 Union Minister of State for Education Subhas Sarkar on Sunday said the ranking of J&K had improved significantly in the National Achievement Survey (NAS), a national-level assessment to obtain information about the learning achievement of school-going kids.

The minister informed that the UT’s rank had improved from 17 to 8 in the past five years. Sarkar was in the Valley as part of the third phase of the Central Government’s public outreach programme.

Addressing mediapersons in Srinagar, Sarkar said there was a movement going on in J&K which focused not only on education but on all round development of the students. He said funds received by the UT for education had gone up from Rs 8,000 crore to Rs 9,600 crore in the past two years.

The minister also said the Class X pass percentage in the UT had gone up by three points. He said an increase of 3.4% in the pass percentage was nothing less than record breaking.

According to the Union minister, the national curriculum framework with reference to the NEP was very democratic in the country and suggestions were taken from all stakeholders, including students and their parents for improvement of the system.

Firemen take more than 8 hours to douse the flames