2,179 vehicles to be auctioned tomorrow

Lying unclaimed at police stations, these were seized, impounded by police 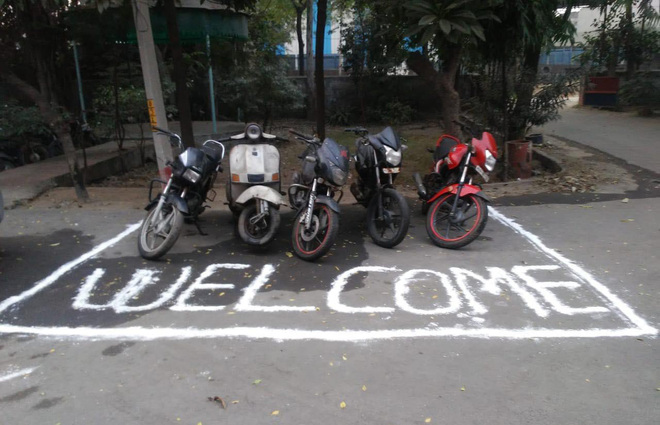 Two-wheelers parked at the Police Lines for auction in Ludhiana. Tribune photo

The Ludhiana police are set to auction 2,179 vehicles, which were impounded and seized by the police in various cases. These vehicles are lying unclaimed at various police stations in Ludhiana.

Now, to clear the dump of these vehicles lying at police stations and the traffic police wing, the Ludhiana police have set November 3 as the auction date for the same. An auction notice has been issued by the Ludhiana Commissionerate.

As per the notice, there are all types of vehicles such as cars, auto-rickshaws and commercial vehicles lying unclaimed with the police but most of them are two-wheelers.

The police have released the list of vehicles (type wise) and also asked residents to visit the Police Lines, here, if they want to see the exact condition of vehicles set for auction.

Commissioner of Police Rakesh Agrawal said anyone want to take part in the auction process had to deposit Rs 10,000 as security. If the participant wins the auction, his advance money would be adjusted and if he fails to win, the same money would be returned after the completion of the auction.

Notably a few days ago, the police had also organised a camp in which 239 vehicles impounded by the police in various cases were handed over to their owners.