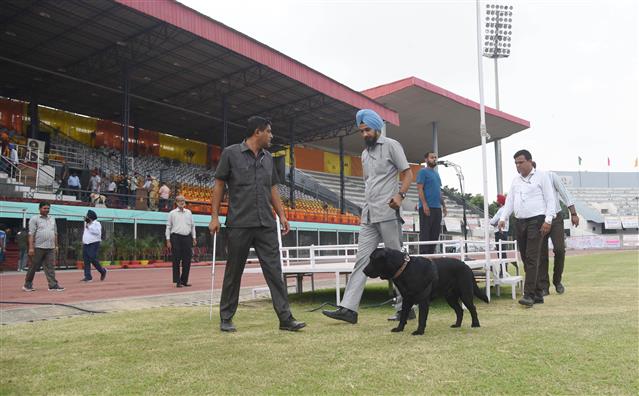 The Ludhiana police have made adequate security arrangements to ensure peaceful celebrations of the Independence Day in the district. Apart from deployment of paramilitary jawans at strategic locations in the city, the police have also deployed over 3,000 cops on security duty.

To strengthen the security, 1,100 cameras have been installed to keep 24x7 vigil. Cops at the CCTV control room are keeping a hawk eye on suspicious persons and vehicles.

Police Commissioner Dr Kaustubh Sharma said the police were extra cautious as the state-level function to mark the Independence Day will be organised in the city and CM Bhagwant Mann is scheduled to attend the event as the chief guest.

“Every cop of Ludhiana Commissionerate is on security duty. Even senior police officials of all ranks, including me, have been in the field from the past few days to ensure that no anti-national element succeeds in his nefarious designs. We also seek cooperation from every citizen to inform the police if they notice any suspicious person or vehicle,” said Sharma.

Sources said top cops have also categorically told every policeman that no one will take leave till August 15 and leave will be granted in case of unavoidable reason only.

Sources said cops in civvies would also patrol in city’s crowded areas. Over 28 static nakas have also been set up where cops with advanced weapons have been deployed.