BJP to release candidate list for Punjab polls by next week 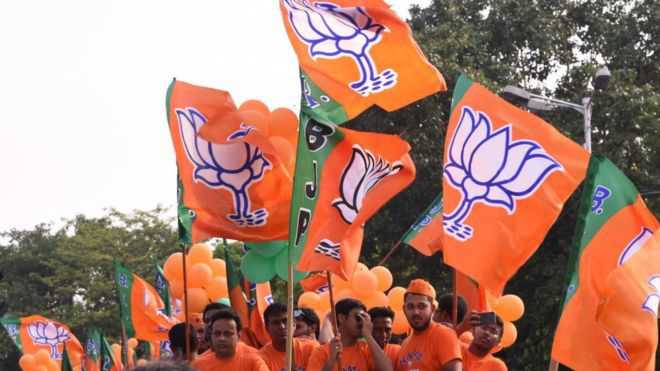 The BJP, which is aggressively campaigning in Punjab for the upcoming Assembly elections, is expected to release a list of candidates by January 19-20. The party ruling at the Centre is contesting the elections not on ‘freebies’, but on the agenda of ‘development’, maintain senior BJP leaders.

Even those, who joined the BJP recently, believe that the party had taken some important steps, keeping in mind interests of the Sikh community and this was the reason that it was time to make it “New and progressive Punjab”.

Gurdeep Singh Gosha, senior SAD leader, who joined the BJP, said be it corridor at Kartarpur Sahib or day in the memory of Chotte Sahibzadas, the BJP was giving due credit to Sikhs.

“We had Sikh Prime Minister in the past, but such key decisions were never taken. It is time to finish forces, who are playing the religion card in Punjab. We want to come up with a new and progressive Punjab, which prospers,” said Gosha.

As far as allotment of tickets by the party is concerned, Gosha said he never joined the BJP to get ticket. “We want to serve Punjab so that no young blood goes overseas, the industry progresses and the state becomes drug-free,” Gosha added.

After Gosha, speculations are rife that the BJP may get support from Bains brothers.

Though no official confirmation has come, highly placed sources said that the LIP can enter into an alliance with any party (that has better planning for the future of Punjab). Final decision will be taken after the party’s meeting on Thursday. Senior BJP leader Anil Sarin said, “The people of Punjab cannot be fooled by the ‘freebie’ card because they want real progress in the state. The BJP is the only party, which moves ahead keeping in mind interests of all religions and their development.”