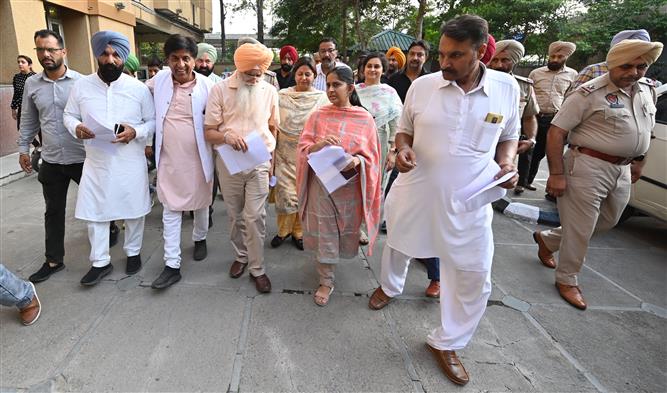 Raising questions over the role of Municipal Corporation (MC) officials and lack of transparency, a city resident, Amandeep Singh Khangura, complained to Local Bodies Minister Inderbir Singh Nijjar against “wrong practices and loot” by private contractors at the Municipal Corporation’s parking lots in the city.

on September 11 but workers of private contractors still charge fees from visitors at various parking lots in the city.

He said the wrong practices were going on at the parking lots as the officials were hand in glove with the private contractors, he alleged.

He demanded from the minister to provide relief to residents from “loot” by the private contractors at the parking lots. In his complaint, he said the residents remained victims of “corrupt” practices being committed by the parking contractors in the city for a long period. Despite repeated complaints, MC officials have failed to take any action till date.

Khangura demanded from the minister to take necessary action to provide relief to the people. He also alleged that an MC official had also tried to stop him when he moved ahead to raise the matter before the minister today.

Notably, overcharging has remained a big issue at parking lots here even during the regime of the previous SAD-BJP government and the Congress government. Also, the AAP government has failed so far to provide any relief to the visitors from overcharging. No erring contractor was blacklisted.

Local Bodies Minister Inderbir Singh Nijjar said tenders had been called for the auction of parking lots. He said they would take action if any complaint about overcharging and misbehaviour was received.