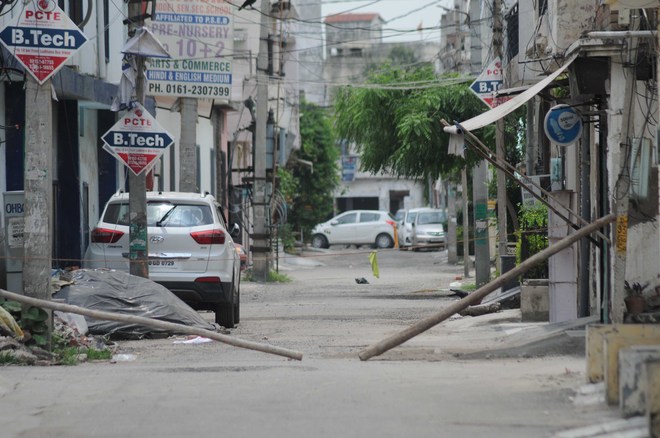 Today, 211 persons tested positive and nine lost their lives to the virus in the district. This is the second time that more than 200 people have tested positive in a single day. On July 31, 218 infections were reported.

The number of Covid patients reported from Ludhiana district has reached 3,728. At present, 4,573 persons have been placed under home quarantine. Today, 320 more were asked to isolate themselves at home.

Meanwhile, taking note of The Tribune report regarding the shortage of beds in level 3 healthcare facility for Covid patients, a decision has been taken to set up more level 2 and level 3 centres. One such centre can be started at Community Health Centre (CHC), Jawaddi, where an entire floor is lying vacant.

Cabinet Minister Bharat Bhushan Ashu, during a visit to the CHC, Jawaddi, today, said Dr RP Singh from Pancham Hospital was also present at the CHC and he discussed taking logistics support from him. At least one ward of Pancham Hospital will be used to increase the number of beds in the district, said Ashu.

Ashu also urged other private hospitals to come forward in these testing times and provide all kinds of support for strengthening the government healthcare facilities.

The minister said Covid-19 testing was being done free of cost at Civil Hospital, Ludhiana, Mother and Child Hospital near Vardhman Mills on Chandigarh Road, Meritorious School near Nehru Rose Garden, CHCs of Jawaddi, Subhash Nagar and Giaspura. Besides, sampling was also done at the Police Lines (for police personnel) and at the Central Jail (for inmates/undertrials) and by mobile teams in containment/micro-containment zones.