Dengue cases lowest in 3 yrs, malaria on rise in Ludhiana : The Tribune India 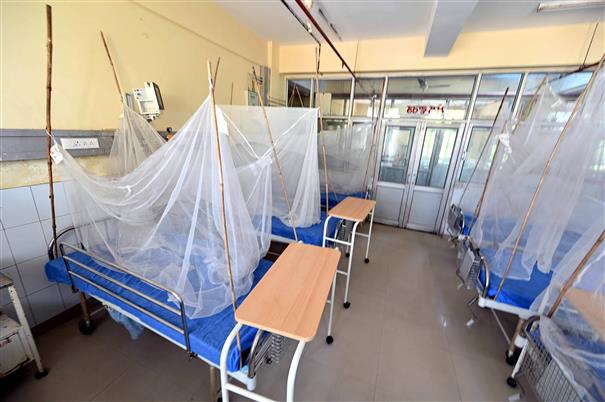 A special ward dedicated for dengue patients at the Civil Hospital in Ludhiana. Photo: Ashwani Dhiman

The cases of dreaded dengue fever, a mosquito-borne viral disease occurring in tropical and subtropical areas, are on the decline and are lowest in the past three years while those of malaria, a serious and sometimes fatal disease caused by a parasite that commonly infects a certain type of mosquito which feeds on humans, are on the rise in the district this year, the officials have confirmed. 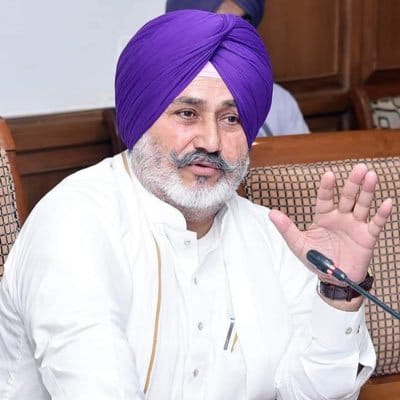 SITUATION UNDER CONTROL IN STATE

I have reviewed the situation of vector-borne diseases post heavy rainfall in the state, which is under control. All departments concerned have been directed to make collaborative efforts to control the spread of dengue, malaria, and chikungunya. They have been told to ramp up cleanliness activities. — CHETAN SINGH JOURAMAJRA, HEALTH MINISTER

With no death due to dengue reported this year so far, Ludhiana has ranked sixth in the state in terms of total number of cases reported till date, the official figures have revealed.

The State Programme Officer for National Vector Borne Diseases Control Programme (NVBDCP), Dr Arshdeep Kaur, told The Tribune, on Friday, that three deaths due to dengue, 2,245 positive and 26,344 suspected cases were reported across 23 districts in the state till Thursday when 69 fresh positive and 405 suspected patients were added to the tally.

She said Ropar, Jalandhar and Mansa have reported one dengue death each so far, while Mohali remained the worst-hit district with the highest number of 483 positive and 6,540 suspected cases of dengue this year.

Divulging the figures of Ludhiana district, the Civil Surgeon, Dr Hitinder Kaur Sohal, said that 116 positive and 1,660 suspected dengue cases were reported in the state’s biggest and largest district, in terms of area and population, till Friday. However, no casualty due to dengue was reported till date.

When it comes to malaria, 19 positive cases were reported in Ludhiana this year till Friday, which were highest in the past three years.

While seven malaria patients were confirmed in the district in 2020 till September 30, only three positive cases were reported here in 2021 till date. The entire years of 2021 and 2020 had logged a total of seven malaria cases each in Ludhiana.

On the dengue front, Ropar stood second worst with 409 positive, 1,151 suspected cases and one death, while Fatehgarh Sahib ranked third with 215 confirmed and 883 suspected patients reported till Thursday.