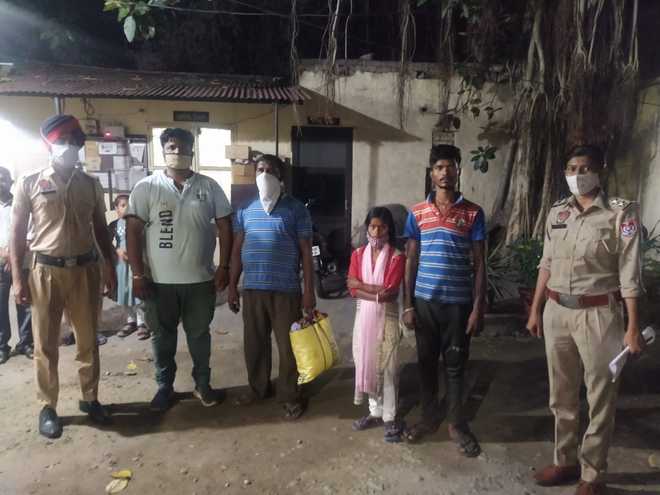 The poor couple reunited with the help of the police and community in Ludhiana. Tribune photo

It is not a story from any Bollywood flick. A young married woman of 19, who was deserted at her native place in Bihar, was reunited with her husband working as a daily wager here after she travelled all the way from Patna to Ludhiana. 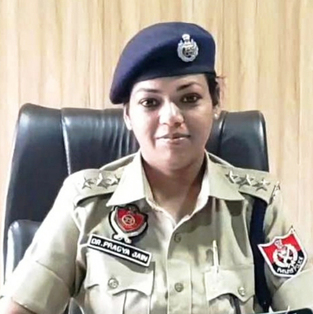 After a lot of cajoling, she narrated how her husband left her back in Bihar after a fight and how she reached Ludhiana and now has no place to live. Gradually, she told the incomplete mobile number of her husband.

Penniless, the migrant destitute reached here by train, travelling without a ticket. But her ordeal did not end here. Oblivious of her estranged partner’s whereabouts, the woman was roaming aimlessly in the industrial city when a local tailor turned saviour for her and gave her shelter at his home before taking her to the local police for tracing her husband and arranging their reunion.

Even as the local police station staff, where the tailor took the woman initially, proved helpless, the Good Samaritan did not lose hope and reached the Ludhiana Police Commissionerate headquarters to seek appointment with the ADCP-I, Dr Pragya Jain, about whom he had heard and read the story of how this woman IPS officer had come to the aid of a minor rape survivor while going beyond the call of her duty recently.

The sustained efforts of the tailor-turned-survivor bore fruit as the Commissionerate Police not only traced the deserted woman’s husband and arranged their reunion but also ensured their rehabilitation.

“Our officers and field staffers worked overtime to trace the man, of whom the woman was having no contact details. After being traced, the man posed stiff resistance to accept the woman. However, we managed to arrange their reunion under “Operation Reunion” and ensured their rehabilitation with the help of local community,” the Commissioner of Police (CP), Rakesh Agrawal, told The Tribune, here on Wednesday.

Sharing details, ADCP-I Dr Pragya Jain, who arranged the reunion and rehabilitation of the poor couple, said Munni belonged to Bidipur village in Nalanda district of Bihar and was married to Rohit Choudhary, who had deserted her in Bihar last month following a domestic spat. Married for five years, she was a mother of two kids, aged three and two years.

On June 13, without informing anyone and leaving her kids behind with her parents, who were also daily wagers, she boarded a train from Patna to Ludhiana, without ticket, in a bid to search her husband.

“Having no money, no mobile phone and no luggage, she reached the Salem Tabri area and started wandering aimlessly, asking for her husband, without knowing his whereabouts,” revealed the ADCP.

A local tailor, Budh Dev, on seeing the destitute woman, took her to the nearby police station as she was unable to share anything about herself.

Not satisfied with the response of the police station staff, Dev provided her shelter with his own family, while trying to locate her family. Today, he reached the Police Commissionerate and sought appointment with Dr Pragya Jain.

“I was intrigued at the peculiar situation and was touched by the heart-warming selfless effort of Dev,” expressed the ADCP. She herself sat with the woman and talked to her at length trying to elicit any information about her background.

“After a lot of cajoling, she started narrating her ordeal, how her husband had left her back home in Bihar after a fight and how she reached Ludhiana and now has no place to live. Gradually, she told the incomplete mobile number of her husband without knowing one of the digits,” Dr Jain said.

While trying to locate her husband, the police also arranged her further stay at Mother Teresa’s charitable home. “We tried all the possible mobile number combinations, called them up, some of which went unanswered. Then, we tried a few mobile apps, revealing photos and identity of the number owner, following which the woman identified one of the photos as that of her husband’s,” the woman IPS officer said.

“But her ordeal was not over yet as her husband refused to take her back, alleging marital discord. Our team then engaged with the local community leaders and factory owners to counsel both,” the ADCP shared.

Finally, with the combined efforts of the police and community, the couple was reunited and their return trip to Bihar was sponsored to bring back their minor children to Ludhiana and stay happily here. 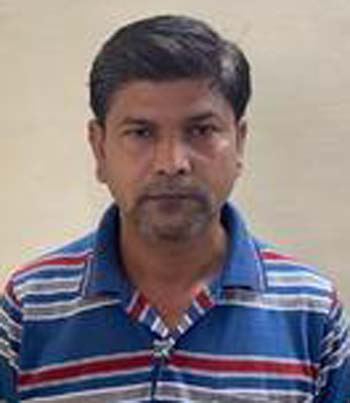 A local tailor, Budh Dev, on seeing the destitute woman, took her to the nearby police station as she was unable to share anything about herself. Not satisfied with the response of the police station staff, Dev provided her shelter with his own family, while trying to locate her family. Today, he reached the Police Commissionerate and sought appointment with Dr Pragya Jain.