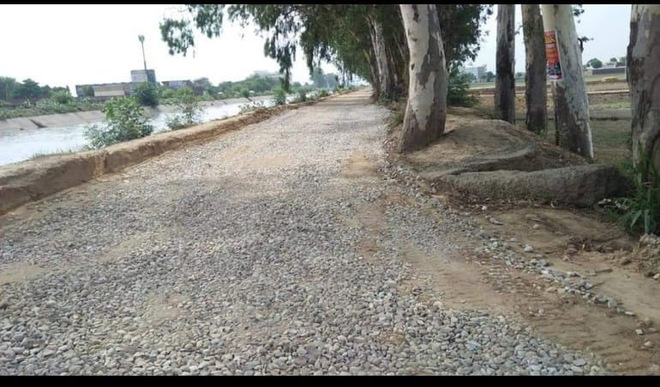 The GLADA has been directed to take action against developers of illegal colonies along the Sidhwan Canal Expressway. Tribune photo

The Vigilance wing (Chief Vigilance Officer) of the Local Government Department has received complaints that a large number of illegal colonies were coming up along the Sidhwan Canal (Southern Bypass Expressway) in over six villages, from Dugri and Dhandra villages up to Doraha. Now, the Vigilance Department has issued directions to Greater Ludhiana Area Development Authority (GLADA) to initiate action as per law against the developers.

The Vigilance directions have come after the Canal Department (Sidhwan canal subdivision) lodged a complaint with the police for registration of criminal cases against the developers for construction of illegal ramps towards canal banks.

Through an office memo (dated July 7, 2021), the Vigilance Department has asked the Department of Housing and Urban Development, Punjab, and the GLADA authorities to take action against the erring developers as per law and submit an action-taken report.

In a similar move, the Sidhwan canal subdivisional officer had lodged a complaint with the SHO, Sahnewal police station, that work was on in some colonies in Jaspal Bangar village on the right side of the canal and illegal ramps were being constructed to gain access to canal banks at several places without obtaining any permission for the purpose from the Canal Department.

“There is an apprehension of damage to road along the canal and concrete lining of the canal. In addition, unrestricted entry to expressway will also obstruct the smooth flow of traffic and can lead to accidents,” said the memo, adding that action as per law (including registration of criminal cases) be taken against the guilty colonisers.

In this regard, a city-based social activist, Rachpal Singh Gabria, had lodged a complaint with the state government, saying several illegal colonies were coming up along the Sidhwan Canal Expressway where promoters had not obtained any licence from the competent authority, nor had any change of land got approved. The complainant had said over 12 illegal and unlicenced colonies were being developed, with many of these already having completed internal development works.

GLADA officials also indicated that several complaints about development of unlicensed colonies along the Sidhwan canal were received and the field staff had already been directed to conduct a spot survey and submit report of violations immediately.