No loss of life reported, goods worth lakhs reduced to ashes | Blaze brought under control in four hours 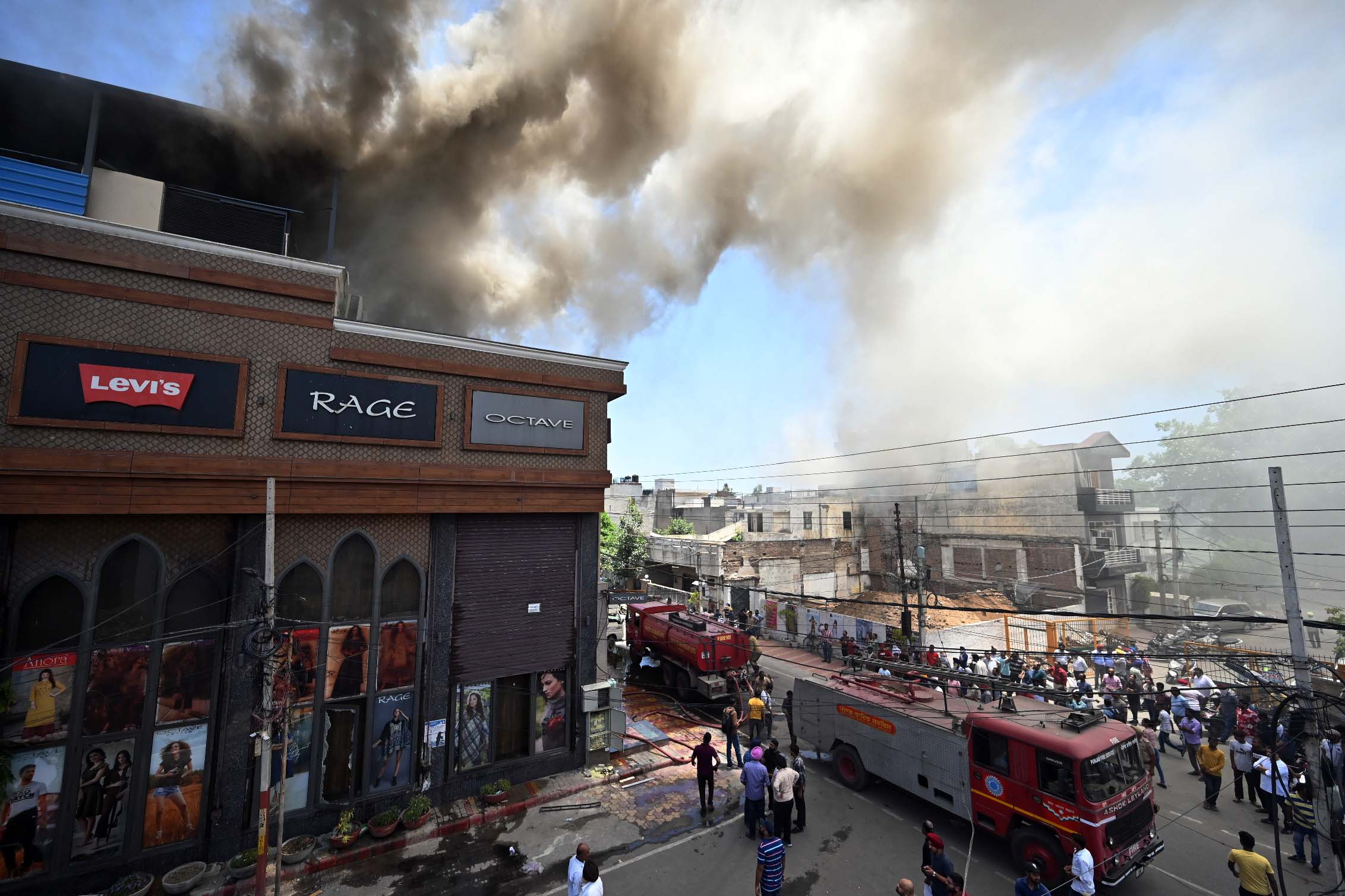 Smoke billows out of the three-storey building in Model Town on Friday. Tribune photo: Himanshu Mahajan

A major fire broke out at a garment store, Lucky Towel House, on the Char Khamba road, Model Town, here this morning. The three-storey building of the store was gutted and the entire stock worth lakhs was reduced to ashes.

The incident took place at 10 am. The flames started from the ground floor. Though the shop owner and his employees tried to douse the flames by spraying water and using fire extinguishers, the blaze intensified in no time. The employees then rushed out of the building to save their lives.

The shop owner managed to save some of the stock, but most of the items, including expensive branded clothes and accessories, were gutted.

Meanwhile, the police faced a tough time in managing the crowd. A large number of people gathered there and started making videos of the incident in their mobile phones.

Sources said there was some fluctuation in the electricity supply at the shop yesterday. An electrician was also called to resolve the issue, but the problem could not be rectified.

There was no electricity supply in the entire market today. PSPCL employees were also called to rectify the fault. The fire reportedly broke out due to a spark in the electricity wires inside the shop.

Advocate Amarjit Singh, president of the Model Town Market Association, said he immediately informed the fire brigade about the incident. The exact loss could not be ascertained yet.