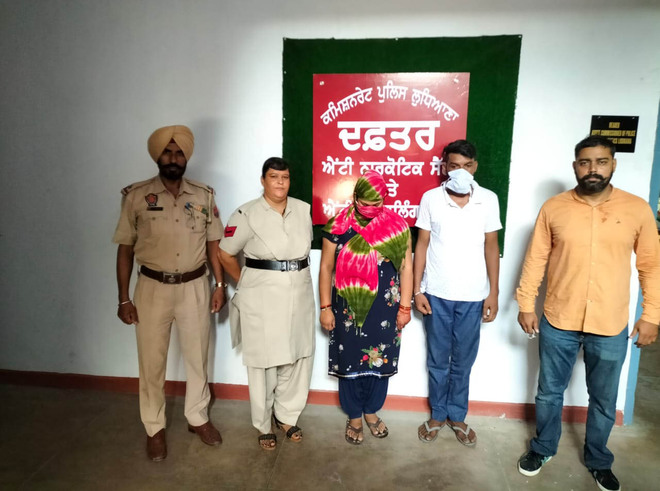 The accused in police net in Ludhiana. Tribune photo

The police have nabbed two members of a family, identified as Makhan Singh, resident of Charan Nagar, under Tibba police station, and his sister-in-law (brother’s wife) Manpreet Kaur, and seized 50 gm of heroin from them.

A team of the anti-narcotic cell of the police, led by Inspector Rajesh Sharma, apprehended the duo, riding a motorcycle, from near Gaushala in the Star City mohalla.

During preliminary interrogation, Makhan Singh said he was an auto-rickshaw driver and was pushed into drug trafficking by his brother Angrej Singh. Angrej Singh used to bring heroin from Amritsar and sell it to addicts in the city at higher rates.

The duo were produced before a court here today. — OC