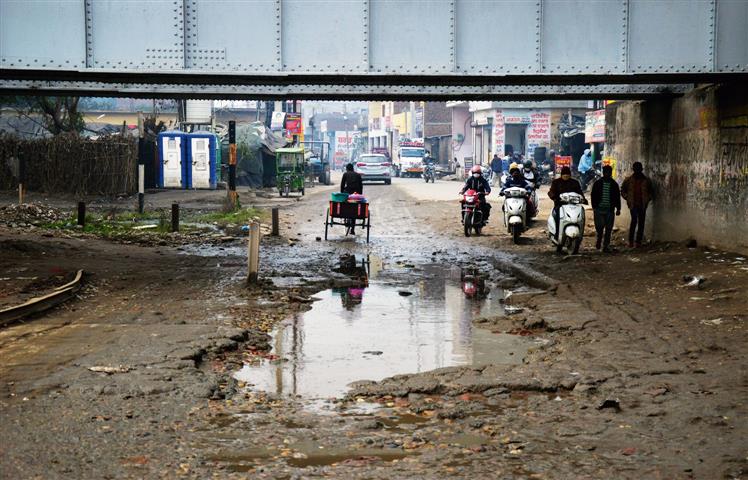 As a large number of commuters face inconvenience while passing through the passage beneath the Ludhiana-Amritsar railway section at Jassian village in Ludhiana, the Municipal Corporation (MC) has made a proposal for the construction of a low-height subway (underpass for vehicular movement) there.

The MC has also written to the Railways official concerned in this regard so that the commuters don’t face any inconvenience.

A resident of Jassian Road Ludhiana, Rajinder Kumar, said, “People in large numbers use this shortcut to commute between the Haibowal areas and the NH-44, otherwise they will be forced to cover a long distance. We want the government to make a proper underpass for vehicular movement at the earliest.”

Councillor from Ward No. 94, Gurpreet Singh Gopi, said, “At present, many people use this passage, which is not motorable as there is no proper passage for traffic movement at any nearby location. If the underpass for vehicular movement is constructed, more than 2 lakh people would be benefited.”

MLA Ludhiana (North) Rakesh Pandey has raised the matter with the MC for the early construction of the underpass. MC Commissioner Pardeep Kumar Sabharwal said, “We have written a letter to Divisional Railway Manager for the construction of an underpass on Jassian Road.”

Municipal Corporation Superintending Engineer Teerath Bansal said a high volume of traffic passes through this passage, but it is not broad enough to cater to the volume of the traffic passing through it. “Also the road portion within the railway limits is not motorable. There is a dire need of a low-height subway for the convenience of the people,” he stated in the letter written to the Railways official.