Will interact with traders; Capt’s visit to give new lease of life to polluted Sutlej tributary 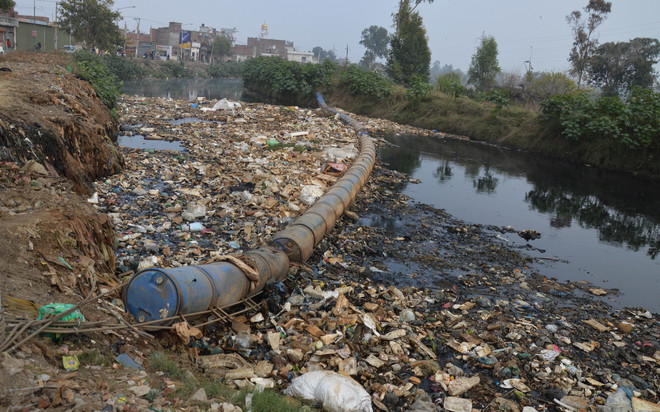 Chief Minister Capt Amarinder Singh will launch the Rs 840-crore rejuvenation project of highly polluted Buddha Nullah, a seasonal tributary of the Sutlej, and will interact with traders in the city on Tuesday.

The Chief Minister will arrive at Punjab Agricultural University (PAU), Ludhiana, by air at 1 pm and remain there for two hours before his departure, scheduled at 3 pm, a top government functionary told The Tribune here today.

More in the offing

During his visit to the city, Captain Amarinder will interact with the traders about their problems and demands. While Food and Civil Supplies Minister Bharat Bhushan Ashu, who is a local MLA, will be present, Cabinet Ministers Manpreet Singh Badal (Finance), Sunder Sham Arora (Industries and Commerce), and OP Soni (Medical Education and Research) will join the interaction through videoconferencing from their respective stations at Bathinda, Jalandhar, and Amritsar.

The CM’s visit will give a new lease of life to one of the most polluted nullahs, which runs almost parallel to the Sutlej through most of Ludhiana district, including 14-km in Ludhiana city, before merging with the Sutlej.

Under the multi-crore rejuvenation plan, the existing 625 MLD untreated domestic waste water will be discharged directly into the nullah and the future discharge will be checked.

Of the total three common effluent treatment plants (CETPs) with a total capacity of 105 MLD, being constructed to check the discharge of untreated domestic and partially treated domestic and industrial effluent directly into the nullah, a CETP with 15 MLD treatment capacity was already operational while the other two will be functional by the end of March.

As per the agreement, the contractor will provide Rs 55-crore credit for gas generated from two existing STPs (UASB technology plants), and will take care of additional unforeseen works such as transfer of domestic/ industrial waste water and additional treatment capacity for domestic waste water, worth Rs 22 crore.

The Ludhiana Municipal Corporation (MC) has also initiated a massive effort to tackle the problem of solid waste dumping into the Buddha nullah, with the help of fencing, solid waste collection points, cleaning of debris, strict vigilance with CCTV cameras and creating awareness among people for solid waste management. A special awareness campaign was launched on December 28 last with the help of NCC and NSS volunteers of seven local colleges.