A masterclass in music 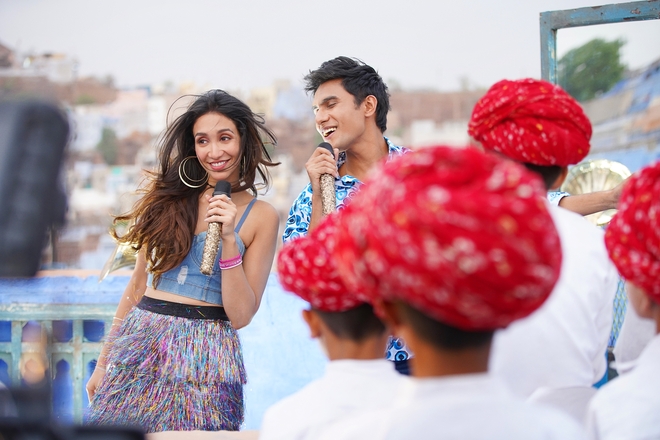 Saat suron ki duniya… One that defines the indomitable world of Bhartiya shastriya sangeet and the other that rules the popularity charts. Can the twain meet? To begin with Bandish Bandits, a musical web series, deludes you into thinking that despite the obvious chasm, decades of dedication vs overnight stardom, there is a meeting ground. The love story of its young protagonists, Radhe (Ritwik Bhowmik) the torchbearer of classical tradition, and a shining star of the pop world Tamnnah (Shreya Chaudhry) belies you to believe even more so. Till it establishes the supremacy of what we all know is unparalleled; the reservoir of our rich musical tradition.

Juxtaposing, even marrying, the two different realms of music, however, as it fills you with sonorous notes you are swept away by its musical power. Bandish Bandits could have easily been reduced to the Indian Idol of classical music. Only make no mistake; it rises above not just regular reality shows but also a host of web series. Streaming on a platform crowded with crime-based dramas, envisioning a web series around classical music requires imagination, courage and creativity. Bandish Bandits is a refreshing whiff of melody which fills your senses and takes you from one episode to another with a hook worthy of a binge watch.

A musical for sure, this is not just about musical renditions, though you continue to float on the cloud of sargams and taans. Shankar-Ehsaan-Loy can easily take a bow for composing a score that traverses both worlds and gives you varied rasas. For the uninitiated, it could well be a master class in classical music with just the right notations and references. But what makes this musical watchable is how the writers pack in drama with just the requisite measure of music. Dramatic flourishes, inspired by the reality of classical singers, abound. The performances are top-notch and touch the same crescendo as the musical octave.

Naseeruddin Shah as the heartless patriarch of Rathore gharana holds the series as only a brilliant actor like him can. Even in scenes where he is sitting in the margins, straining his ears to catch the music, he is excellence personified. A pivot around whom the narrative revolves, his character might have been fashioned as an uncompromising egoistic stalwart of music, the sangeet samrat, who stilts even the talent of his family members. But the actor in him cedes space to others and even the debutant Bhowmik makes his mark. Casting is simply superb. From Sheeba Chaddha to Rajesh Tailang to Kunaal Roy Kapoor as the foul-mouthed manager and then the icing on the cake Atul Kulkarni as yet another inheritor, not a single actor strikes a false note.

The series does meander off in parts taking on several issues. The line between performer and singer, discipline and encouragement, excellence and mediocrity and finally the need to popularise classical music are all stressed upon. Set in culturally rich Jodhpur which manifests in all its resplendence, moving through its many sub-plots and secrets of a family, it continues to resonate. The finale may be on the expected lines, but your attention does not waver. Tamnaah might say, "Ten seconds is all we have to catch the attention of millennials," but the ten-episode series is a hit with the attention-deficit generation. Catch it on Amazon Prime if you haven't already. This jugalbandi of music and drama is worth digging into.