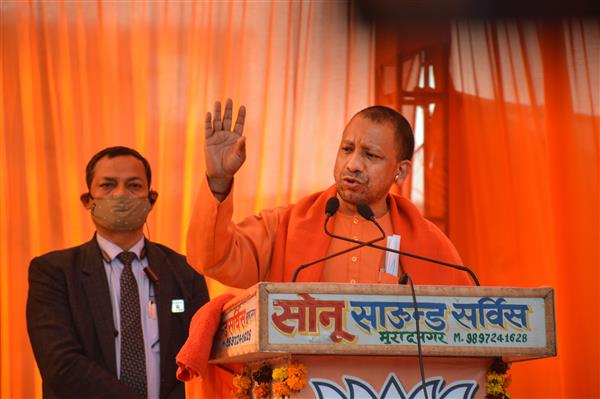 Uttar Pradesh Chief Minister Adityanath on Saturday accused the Samajwadi Party of instigating the 2013 Muzaffarnagar riots and helping culprits get away with the crime under its watch.

In Muzaffarnagar, 62 people were killed and scores more were injured during the riots between Muslims and Jats.

Adityanath claimed Gaurav and Sachin, two of the victims, were killed only because they had objected to harassment of their niece.

“The party whose caps are coloured by the blood of farmers and innocent Ram devotees are pleading for harmony,” he said.

He also said those who fired at disciples of Lord Ram have no right to seek votes from people, referring to the incident of firing at kar sevaks in 1990 ordered by Mulayam Singh government in the state.

Adityanath claimed that criminals in the state will be put behind the bars after March 10 when BJP comes to power again.

“Such criminals will sell vegetables on the roads but would not dare to touch any businessman,” he said.