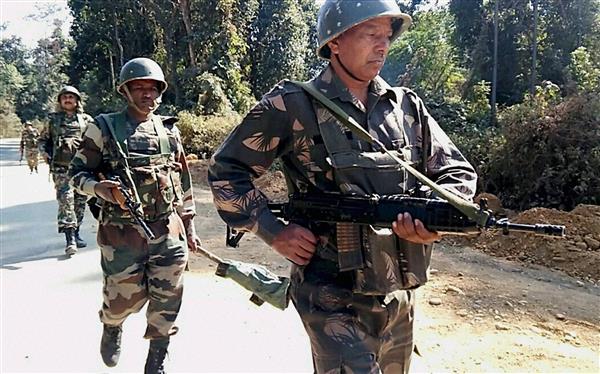 An Assam Rifles officer was injured on Tuesday in an incident of firing by suspected militants on troops of the paramilitary force from across the India-Myanmar border in Arunachal Pradesh, a defence spokesperson said.

The incident took place near Pangsau Pass as the insurgents fired on a patrolling team of Assam Rifles, he said.

"An incident of firing on Assam Rifles troops by militant groups from across the Indo-Myanmar border took place early on Tuesday morning in the general area of Tirap and Changlang district, Tezpur-based defence spokesperson Lt Col AS Walia said.

The Assam Rifles troops were undertaking enhanced patrolling activities in view of heightened vigil for Independence Day, he said.

"A junior commissioned officer sustained injury in his hand," the spokesman added.

Members of NSCN-KYA are suspected to have been involved in the firing.