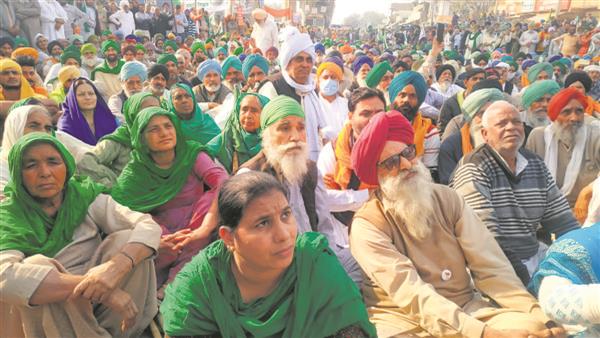 Agitating farmers camping at the Tikri-Bahadurgarh border have chalked out plans to seal all nearby entry points to Delhi.

“After talking to local people, we have identified various roads being used by commuters as alternative routes for going to Delhi from Jhajjar, Rohtak and surrounding areas. We plan to block all these routes as and when our committee asks us to do so. We have done our groundwork,” a farmer said.

The farmers maintained they were also contemplating getting support of residents of villages concerned so that the strategy could be executed effectively, if the government doesn’t accept their demand. “We are prepared to seal all entry points to Delhi to mount pressure on the Centre, but are waiting for directions from our top leaders in this respect. Till then, we will continue to camp at the border and raise slogans against the Centre,” said Purushottam Singh Gill, a leader of BKU (Lakhowal).

Another farmer leader said two more dharna spots had been finalised on the Bahadurgarh bypass to step up the agitation against farm laws.