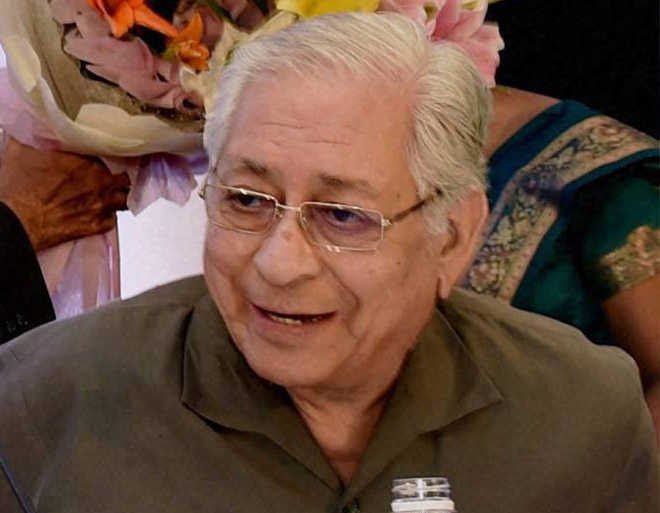 He is survived by wife, two sons and daughter Zia Mody, a lawyer.

Born on March 9, 1930, Sorabjee obtained his LLB degree from Government Law College, Mumbai, and got enrolled at the bar in Mumbai in 1953. He was designated a senior advocate in 1971.

Sorabjee served as the Attorney General of India twice - from 1989 to 1990 during the VP Singh government and from 1998 to 2004 during the Atal Behari Vajpayee government.

During his long career in the legal profession spread over almost seven decades, Sorabjee appeared in many landmark cases that shaped the constitutional history of India.

This included the Kesavananda Bharati case (1973) in which a 13-judge Constitution Bench of the Supreme Court propounded the doctrine of basic structure.

He was there in the IR Coelho case (2007), in which a nine-judge Constitution Bench ruled that laws placed in the Ninth Schedule of the Constitution don't enjoy a blanket protection from judicial review.

He also appeared in the BP Singhal case (2010) wherein the Supreme Court held that governors could not be dismissed without due cause.

He was awarded Padma Vibhushan in 2002 for defending free speech and protecting human rights.

He also served as a member of various UN bodies and international organisations, including the Permanent Court of Arbitration at The Hague from 2000-06.