No more adding of troops, to refrain from unilaterally changing ground situation 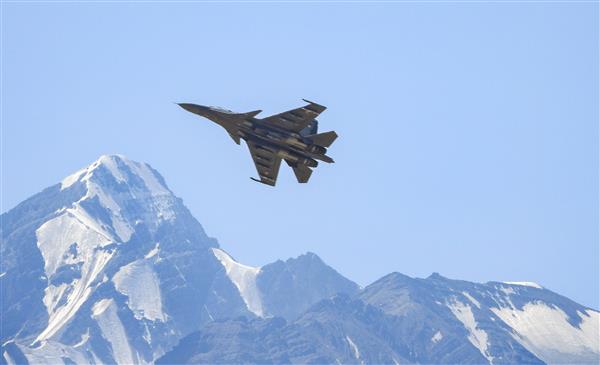 In what is the first sign of India and China resolving the 20-week military standoff along the Line of Actual Control (LAC) in Ladakh, the two sides have agreed to not add any more troops along the frontline and refrain from unilaterally changing the ground situation.

A joint statement was issued on Tuesday night detailing the outcome of the meeting of senior military commanders in Ladakh on Monday. The meeting had ended at 11 pm.

The statement said the two sides agreed “to stop sending more troops to the frontline, refrain from unilaterally changing the situation on the ground, and avoid taking any actions that may complicate the situation”.

In New Delhi, this is being seen as a first step to resolve the issue at the LAC as both sides have issued matching statements in New Delhi and Beijing.

The two sides also agreed to hold the 7th round of Military Commander-Level meeting as soon as possible and also take practical measures to properly solve problems on the ground, and jointly safeguard peace and tranquillity in the border area.

The joint statement said the two sides had candid and in-depth exchanges of views on stabilising the situation along the LAC. “They agreed to earnestly implement the important consensus reached by the leaders of the two countries, strengthen communication on the ground, avoid misunderstandings and misjudgments,” the statement said.

The meeting yesterday was the sixth round of talks at the level of the Lt General. Between June 6 and August 2, the two commanders met five times.