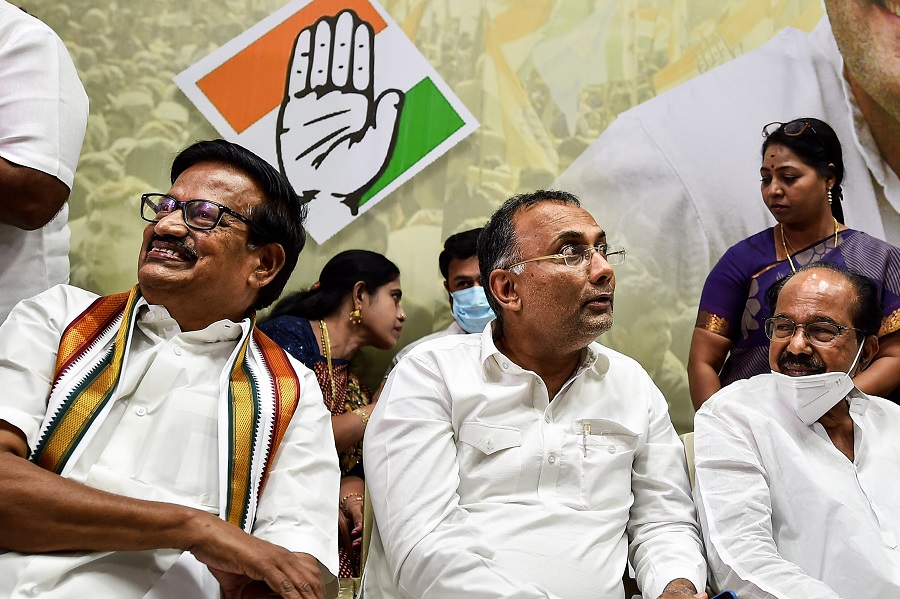 The DMK on Friday allotted six seats to ally Communist Party of India for the April 6 Assembly polls while another partner Congress vowed to put up a fight for a respectable number of seats to keep the morale of the party workers high.

Including the CPI, the MK Stalin-led Dravidian party has concluded poll pacts with four of its allies so far and an understanding with the Marxist party is expected soon.

CPI state secretary R Mutharasan said it was not numbers, but the goal of ensuring the victory of DMK-led secular forces and defeat of “divisive elements” that was important.

A tentative list of constituencies his party wished to contest has been given to the DMK, he said.

The Indian Union Muslim League and Manithaneya Makkal Katchi were allotted three and two seats respectively by the DMK and it gave six segments to the VCK.

A poll deal with allies, including MDMK and Congress is yet to be concluded with the DMK offering less than seven seats to the former and 22 to the national party, said party sources.

Congress sources said the party was in no mood to accept "less than 30 seats" and the DMK would be the "loser" if it did not yield.

MDMK chief Vaiko, when asked on the number of seats his party had sought from DMK, declined to disclose details.

Talks were on with the DMK, he said. Vaiko also ruled out scope for joining any third front formation.

A meeting would be held here on Saturday to deliberate on the DMK's offer, an MDMK office-bearer said.

Senior Congress leader M Veerappa Moily, who had earlier stated that there was no stalemate in the talks and that differences would be sorted out with the DMK, said his party was taking a firm stand on the matter.

Asked what was the hurdle faced by the Congress in the seat sharing exercise, the senior leader said "negotiations are on”.

“We will fight for a respectable number of seats to keep the morale of the Congressmen very high," he said.

He told reporters here that the DMK would realise the need for consolidation of secular forces in Tamil Nadu.

"It is necessary to defeat the divisive forces represented by the BJP-led NDA and Tamil Nadu is a strong platform to keep up the spirit of federalism and nationalism," he said.

Earlier, Moily who was here to discuss the DMKs offer and way forward with the Tamil Nadu Congress Committee at the Congress headquarters Sathyamurthy Bhavan, had indicated that discussions with the DMK on sharing of seats would be resumed.

On Thursday, the DMK had urged the Congress to resume talks after AICC in-charge of Tamil Nadu Dinesh Gundu Rao met TNCC leaders here and discussed the DMK's offer of seats which was not agreeable to the national party.

The two rounds of discussions between DMK and Congress have remained inconclusive and sources said the party wanted a decent number of assembly seats.

TNCC chief KS Alagiri dismissed speculation that the party would walk out of the DMK-led alliance, saying it was a “making of the media".

"We don't have faith on the third front. At present we are consulting our party members," he told reporters after meeting his party leaders.

Confirming that discussions with DMK would resume, Moily said: "It (talks) have not yet reached a stalemate... The differences will be sorted out."

To a query on the group of 23 dissenting Congress leaders holding a separate meeting recently, he said: "There is no such thing as G 23 or G 24."

The Congress is totally united under the leadership of Sonia Gandhi and she has always heard grievances and taken action on them, he said. PTI