Austin is on a three-nation first overseas tour 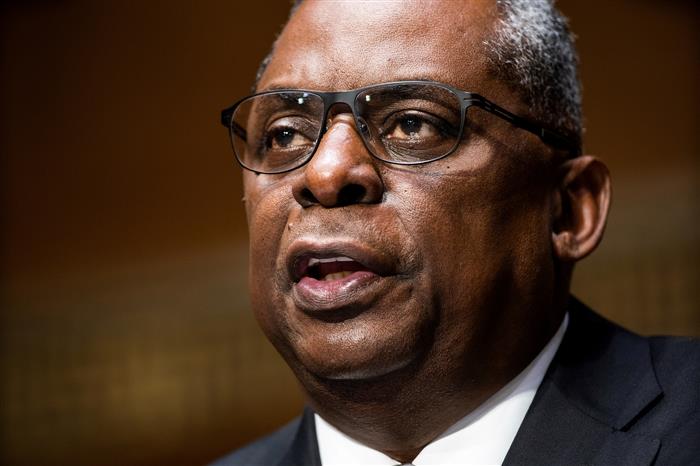 Top American lawmakers have welcomed Defence Secretary Lloyd Austin's first visit to the US' "strategic partner" India, as they highlighted the importance of the bilateral ties which are critical for the security and stability in the Indo-Pacific amidst Chinese aggression.

Austin is on a three-nation first overseas tour. He visited Japan and South Korea before visiting India.

"Congratulations to Secretary Defence Austin on a successful visit to India," tweeted Congressman Filemon Vela, who is Vice Chair of the Democratic Party appointed by President Joe Biden.

“Look forward to working on strengthening Indo-Pacific ties,” said Vela, a top Hispanic Member in the House of Representatives.

“I'm glad to see that Secretary Defence is engaging with our strategic partner India. President Biden has shown that he is committed to strengthening the US-India partnership in order to promote stability throughout the region,” he said.

The evolving situation in the Indo-Pacific region in the wake of China's increasing military muscle flexing has become a major talking point among leading global powers. The US has been favouring making Quad a security architecture to check China's growing assertiveness.

Congresswoman Stephanie Murphy, in a tweet said that she is encouraged by steps to place alliance building at the centre of America's approach to foreign policy. “Working with fellow “Quad” members—India, Japan, Australia—is essential to protecting our interests in the Indo-Pacific & preventing Chinese aggression,” she said.

His visit to India came days after the top leadership of the four-member Quad --India, the US, Japan and Australia-- vowed to expand their cooperation in the Indo-Pacific region.

In a tweet, Congressman Anthony Brown congratulated Austin on a successful visit to India.

“The US-India strategic partnership is critical to security and stability in the region. Strengthening this relationship only makes us stronger together Free and Open Indo Pacific,” he said. PTI