Highest single-day count in the past 40 days 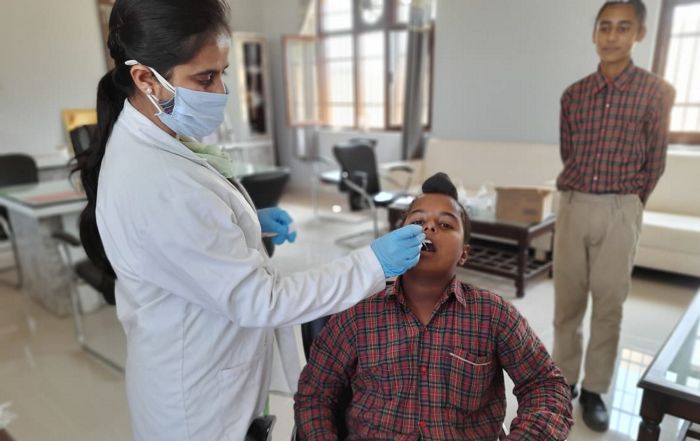 A health worker collects a sample of a student for the Covid test at a school in Patiala. Tribune photo

After almost 40 days, Patiala, on Wednesday, reported the highest Covid cases in a single day. The district reported 13 positive cases of coronavirus.

The rise in the number of positive cases, said health experts, might be a forewarning of a potential third wave. Though officials of the Health Department said they did not find any clustering of cases, it could be early signs of further rise in positive cases in the coming days.

Of 13 positive cases, five were reported from Patiala city, four from Nabha town and two from Shurtrana block. Besides, one case each was reported from Bhadson and Harpalpur.

With this development, the district count of positive cases stands at 48,841. The active case count in the district was 31, added officials of the Health Department.

Dr Sumeet Singh, district epidemiologist, said there was no clustering of cases. Some cases were reported from one family while others were contacts of already positive patients, he added. “The cases have been reported from different blocks as there is no clustering. Of the 13, two positive cases are interstate travellers,” he said.

Most positive patients reported here today are stated to be unvaccinated. “Majority of the positive cases reported on Wednesday are not vaccinated. Therefore, it is important to get vaccinated at the earliest,” said a senior health official.