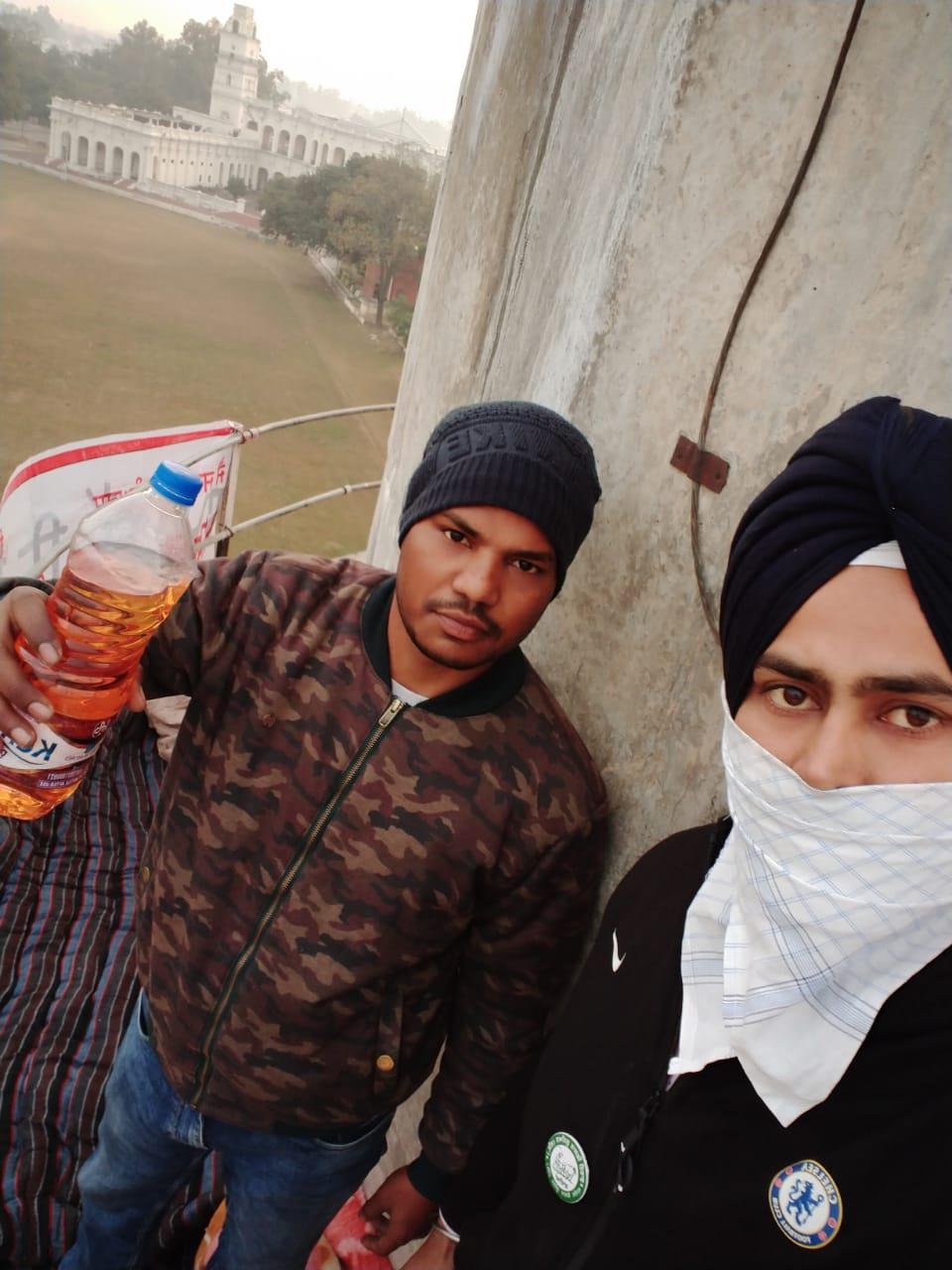 The teachers who climbed atop the water tank at Mohindra College, in Patiala on Monday.

To protest against the state government, two unemployed ETT TET pass teachers climbed atop a water tank at Government Mohindra College on Monday.

The teachers said they would not get down until their long-pending demands were met.

They demand that the Education Department should repeal the provision of B.Ed entry into ETT and advertise 10,000 new posts of theirs immediately.

Notably, the police had detained and booked them on Sunday after they staged a sit-in outside the residence of Punjab’s Education Minister Vijay Inder Singla.

However, they were released after registering an FIR.

Demanding employment, ETT and TET pass teachers protested against the state government on Sunday. They gathered at the Baradari gardens and raised slogans.

Meantime, a few teachers, evading the police force, reached the residence of Vijay Inder Singla, Education Minister, and staged a sit-in there. However, the police soon detained all protesting teachers from both sites.

The protesters said the state government was not serious about their demands. They took exception to the decision of the Education Department to allow BEd graduates to apply for the posts of ETT teachers.

They demanded the Education Department should repeal the provision of BEd entry and advertise 10,000 new posts of ETT teachers immediately.