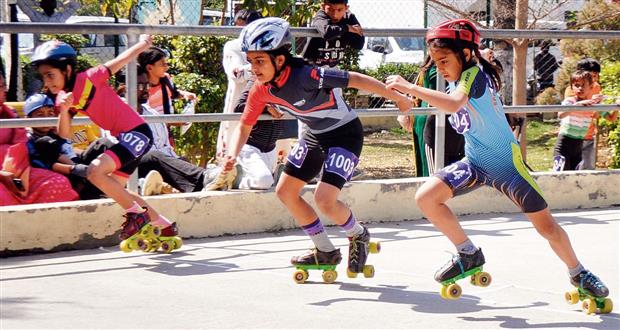 While positive cases continue to rise in the district, Covid guidelines were given the go-by at the 32nd Punjab Roller Skating Championship held at Rink Hall here today.

The two-day event which started yesterday witnessed around 200 skaters from 15 districts of the state. A majority of participants were not wearing mask, nor did they follow the social-distancing norm.

One of the participants said: “The meet was poorly managed as all participants reached the venue at the same time which led to chaos.”

The organisers said they followed all norms during the skating championship.

Simranjit Saggu, one of the organisers, said: “We made announcements for the participants to wear masks and even provided hand sanitisers to them.” Meanwhile, the district reported around 64 positive cases today. — TNS